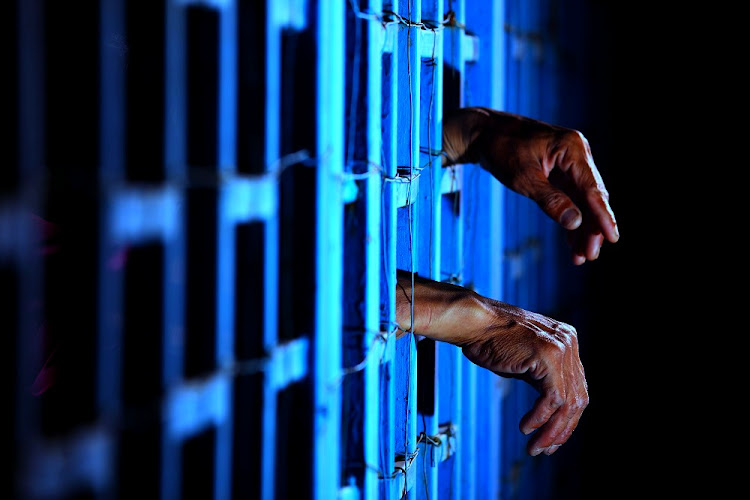 The number of Covid-19 cases recorded at correctional centres across SA has risen to 138.
Image: 123RF/Sakhorn Saengtongsamarnsin

Five remand detainees at Kgosi Mampuru II prison in Pretoria and four officials from the Western Cape are the latest people to contract Covid-19 in the correctional services department.

They bring the number of cases that have been recorded at correctional centres around the country to 138.

One of the officials who tested positive in the Western Cape died on Monday night.

Correctional services spokesperson Singabakho Nxumalo said on Tuesday that mass screening and testing had been pivotal for the department as it enabled the gauging of the actual spread of Covid-19, which led to the immediate containment and treatment of those testing positive.

The number of coronavirus infections has continued to rise in South Africa’s prisons with only a few recoveries reported thus far.
News
2 years ago

“The new positive cases for Covid-19 increased by nine. They relate to five remand detainees at Kgosi Mampuru II and four officials from the Western Cape,” said Nxumalo.

“One of the officials who tested positive in the Western Cape passed on last night [Monday] and an investigation by the department of health is under way to determine the cause of death.”

Nxumalo said the Eastern Cape has registered 91 of the 138 cases, with 35 officials and 56 inmates affected.

Nxumalo said the department appreciated its good working relationship with the department of health. He said teams were on the ground working hard to contain the further spread of the virus while providing the best care possible to those testing positive.

“Mass screening and testing remains in force across all centres in order to identify hotspots and avert an unmanageable spread,” he added.

The Western Cape's Covid-19 cluster outbreaks indicate what may happen when more sectors open up for business under Level 4, starting next month.
Politics
2 years ago

Over 130 police, security and public officials arrested during lockdown

The department of correctional services says recent unrest at prisons, where inmates have voiced concern over how the coronavirus pandemic would ...
News
2 years ago