Race-based assistance for tourism businesses lawful — but Solidarity to appeal 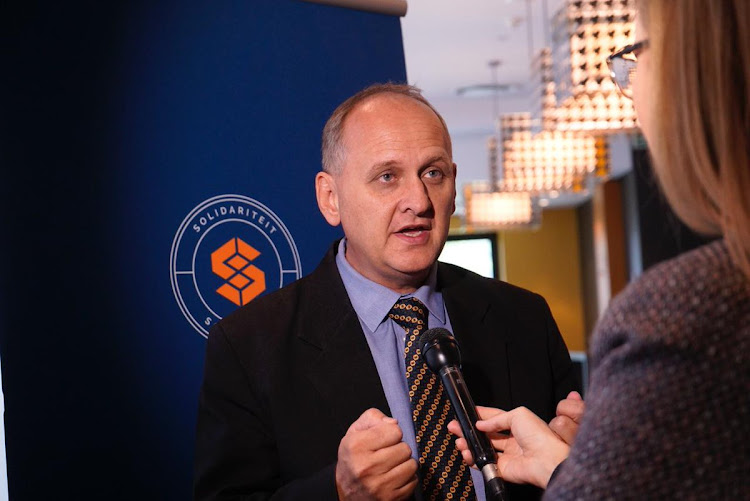 Solidarity CEO Dirk Hermann. The union says it will approach the Constitutional Court urgently to decide whether the granting of relief to struggling businesses on the basis of race is constitutional.
Image: Solidarity/Twitter

Solidarity on Thursday said it would urgently approach the Constitutional Court over whether the granting of relief to struggling businesses on the basis of race was constitutional.

The union said this decision follows a judgment by the high court in Pretoria on Thursday that the tourism department's decision to use race as a criterion for granting relief from the tourism relief fund — set up to assist tourism businesses affected by Covid-19 — is not unlawful.

The tourism ministry welcomed the ruling.

AfriForum and Solidarity went to court to review the decision on the department's use of race as a benchmark for the awarding of relief to tourism enterprises. The matter was heard on Tuesday.

“It is imperative that SA gets legal certainty on whether, in a state of disaster, the constitution allows for discrimination based on race to qualify for relief.

“Solidarity is going to request access to the Constitutional Court. As the crisis is urgent, we believe the matter, too, is urgent,” Solidarity CEO Dirk Hermann said.

Solidarity said judge Jody Kollapen ruled that the criterion used by the department did not perpetuate an unfair advantage for some candidates over others based on race, but rather had the effect of providing those candidates with a head start.

Solidarity also filed a complaint with the SA Human Rights Commission on March 25 after the government had announced that race, rather than distress, would be the determining factor for the allocation of relief funds.

“It is sad that Solidarity now has to turn to the Constitutional Court because the government is set to continue with the discriminatory race criterion it imposed to qualify for emergency relief.

“This action by government cannot be justified in any way, and therefore Solidarity will not leave it at that,” Hermann said.

She said both these organisations had failed to convince the court to set aside broad-based black economic empowerment (B-BBEE) as a criterion to be used to score in the disbursement of funding.

She said the court found “nothing racial or unlawful” in the department's inclusion of B-BBEE in the criteria.

“This is a great victory for the people of SA and for economic inclusivity. Finally, this judgment will set the wheels in motion to allow those who applied and qualified, to now start receiving grants,” Kubayi-Ngubane said.

She said the department had halted the process of payments to allow the application before court to be finalised.

She said the Tourism Relief Fund provides one-off capped grant assistance to small, micro and medium sized enterprises in the tourism value chain to ensure their sustainability during and post the implementation of government measures to curb the spread of Covid-19.

Capped at R50,000 per entity, grant funding can be used to subsidise expenses towards fixed costs, operational costs, supplies and other cost items.

The Pretoria High Court has reserved judgment in Afriforum's legal challenge to the race criteria used to determine which businesses score ...
News
1 year ago

Employers urged to apply for UIF benefits for millions of employees

Only a fraction of the almost 2-million companies registered with the Unemployment Insurance Fund have applied for the Covid-19 relief benefits on ...
News
1 year ago

Tourism industry to know on Friday about BBBEE requirements for relief

The tourism industry will have to wait until Friday for clarity on requirements to access government’s relief fund.
Politics
1 year ago