Search and seizure without a warrant proposed under Cape Town bylaws 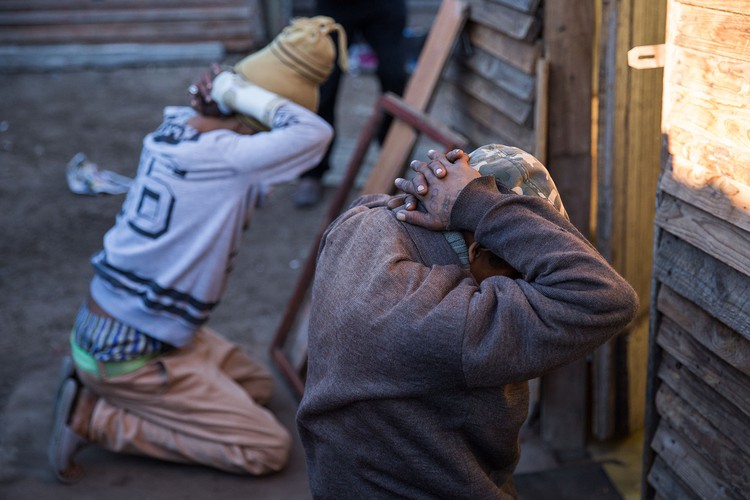 The City of Cape Town has proposed amendments to its Streets and Public Places bylaw, which empower officials to conduct search and seizure without a warrant in certain circumstances.

The bylaw on Streets, Public Places and Prevention of Noise Nuisances regulates the conduct of individuals in public spaces. For example, it prohibits people begging, spitting or urinating in public, or making a loud noise from their car, reports GroundUp.

The amendments relate to section 22 of the bylaw, which grants city officials certain powers, including issuing compliance notices and recovering costs from people.

The amendments to the bylaw make provision for a premises, person or their property (including a vehicle) to be searched without warrant.

This is permitted in two circumstances. First, where a “prima facie” offence has been committed in terms of the bylaw in the official’s presence. Second, where an officer has “reasonable grounds to believe” that an offence is being committed.

In the latter case, the official may only conduct the search if the person concerned consents or if the official has reasonable grounds to believe that if he applies for a warrant it will be issued and the delay caused by obtaining a warrant would defeat the object and purpose of the search.

The amendments also make provision for an official to obtain a warrant from a judge and set out the process and criteria for this.

In addition, the amendments empower the city to impound a person’s property without warrant where the official has reasonable grounds to believe that the property is being used for the commission of an offence in terms of the bylaw. An official must provide a notice outlining the reason for the impoundment and the impoundment fee.

The amendments set out circumstances for the release of a person’s property and when the impounded goods become the property of the city.

The city has given the public until May 17 to make comments on the draft laws.

In his view, “the City of Cape Town wants a shortcut to deal with homelessness, remove hawkers, remove sex workers and remove people who are occupying places in the Central Business District.”

The forum opposes the amendments because they confer discretionary powers on officials which, it says, may be abused and will have a disproportionate impact on vulnerable groups.

“If you are black walking around Camps Bay, traffic officers can tell you to leave,” said Sali.

Councillor Mzwakhe Nqavashe, chairperson of the city’s safety and security portfolio committee, said the purpose of the amendments is to provide additional powers to officers to enforce the bylaw and to make it more in line with the Criminal Procedures Act.

Also, he said the city hopes that “the amendments will allow our law enforcement staff to deal more decisively with serious crimes like the proliferation of drugs and gangs in some of our communities.”

Three more elderly people have died from Covid-19 in the Western Cape, bringing the provincial total to 38, premier Alan Winde said on Wednesday.
News
1 year ago

A 100-year-old oil painting was destroyed and the organ damaged during refugees' five-month stay in the Cape Town Central Methodist Mission.
News
1 year ago

FREEDOM DAY | 'We have no food parcels, no tractors - and our councillor is nowhere to be seen'

For residents of Tildin, 20km outside King William’s Town, their local clinic may be in a poor state of repair, but they are happy with the service ...
News
1 year ago
Next Article