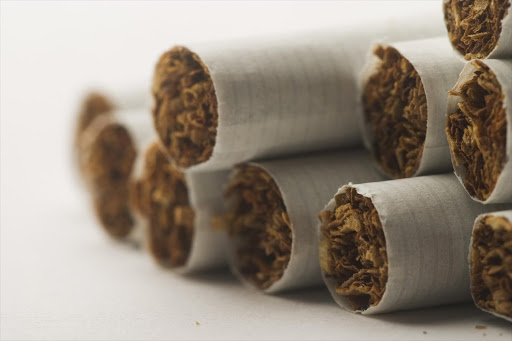 The Fair Trade Independent Tobacco Association is planning legal action against the government over its extended ban on cigarette sales.
Image: Gallo Images/Thinkstock

The Fair Trade Independent Tobacco Association (Fita) is planning to take legal action against the government over the ban on the sale of cigarettes.

The decision comes after cooperative governance and traditional affairs (Cogta) minister Nkosazana-Dlamini-Zuma's announcement on Wednesday evening that the sale of cigarettes would not be allowed under level 4 restrictions of the lockdown.

Her announcement came a week after President Cyril Ramaphosa said the sale of cigarettes would be allowed.

“We are consulting with our legal team on a way forward. We are going to court. We are making plans to prepare our legal challenge,” Fita chairperson Sinenhanhla Mnguni told SA FM on Thursday morning.

Over 270,000 South Africans sign petition against ban on cigarette sales

"Please don't turn us into criminals, Mr President," Mzansi's smokers have pleaded in an online petition.
News
2 years ago

While the association did not dispute the dangers of smoking, Mnguni said the lockdown regulations had not stopped people from smoking.

“Illicit cigarettes are coming into the country through our borders. Government is losing billions in what could have been used in the fiscus. The illicit traders are gaining momentum,” he said.

He said people should be able to choose if they wanted to smoke or not.

“We believe there was foundation to the president's statement. The U-turn is concerning,” he said.

Fita last week withdrew its legal challenge after the president's announcement that the sale of cigarettes would be permitted.

Mnguni said at the time that the president's announcement, together with tax relief extended to cigarette manufacturers by finance minister Tito Mboweni, “are steps in the right direction by government in mitigating the damaging effects of the lockdown period”.

“We as an organisation are now of the view that there is no longer a need to proceed with the legal steps we had initiated against government.”

Alcohol and cigarettes will not be allowed under level 4 restrictions, Nkosazana Dlamini-Zuma said on Wednesday night.
News
2 years ago

COVID-19 WRAP | No to cigarettes or alcohol, but yes to exercise - as SA cases climb in biggest single-day jump