Nurses in the frontline against pandemic this May Day 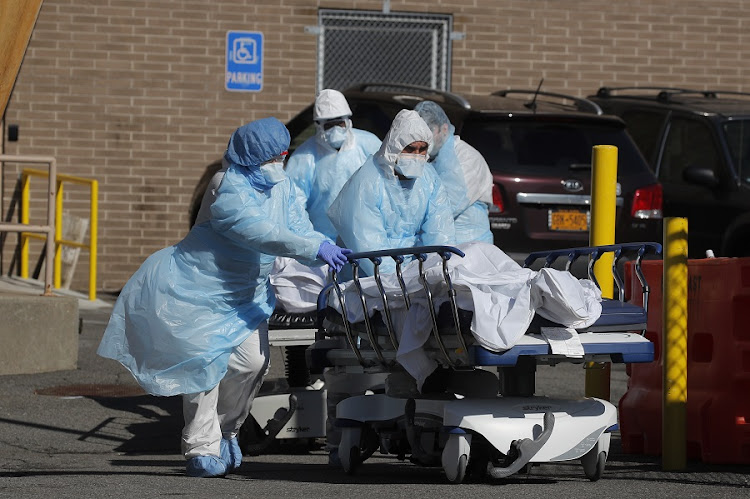 "Please don’t call me a hero – I am being martyred against my will.”

The sign with these words, held aloft three weeks ago by a nurse who works at the Wyckoff Heights Medical Center in Brooklyn, New York, in the US, has resonated on the social media pages of nurses’ unions around the world.

Everywhere, nurses have found themselves in a situation they could never have imagined happening in 2020: being forced to care for highly infectious patients with little or no personal protective equipment (PPE).

Much of the world’s production of PPE is centred in factories in south east Asia, and governments seem to have experienced great difficulty in procuring a sufficient supply of the face masks, gloves, gowns, hair nets, goggles and shoe covers that are necessary for healthcare workers to treat coronavirus patients.

This equipment can be made by local small factories and often is, but governments have been slow to depart from bulk orders from overseas factories and look locally for supplies.

This has left nurses in such a desperate situation that, in the United Kingdom, they were pictured working in garbage bags instead of proper gowns.

In South Africa, many nurses have bought or made their own masks after being given just one a week.

Doctors and nurses took pictures with Andre Nel. who was discharged from hospital last week.
News
1 year ago

Compounding the problem is a global shortage of nurses that has been many years in the making.

In countries like the US, UK, Canada, New Zealand and Australia, nurses are described as “an ageing workforce” because few school-leavers are attracted to the profession.

In New Zealand, hospitals constantly recruit from South Africa, India, the Philippines, UK and Canada to fill the shortage. But no sooner do they fill a vacancy than a recruitment agent from Australia, the US or Saudi Arabia lures the nurse away with the promise of more pay or tax-free allowances.

As nurses gain experience, and often qualifications, with age, the more valuable they become in the global nurse merry-go-round.

Despite being in short supply, nurses remain undervalued in many countries. They are generally not paid well. Bullying is a problem, and being short-staffed means hospitals rarely have a reasonable ratio of patients per nurse.

When emergency departments are crowded, healthcare workers spend 12-hour shifts running between their many patients without a meal or toilet break.

At the end of it all, nurses are often asked to put in an extra hours to cover staff shortfalls.

Protest around the world

The Covid-19 pandemic has so far claimed the lives of dozens of nurses worldwide. This a serious concern given the nurse shortage.

The reality is that nothing less than hazmat suits will protect nurses who work 40 hours or more a week with Covid-19 patients.

These suits are what they lack, resulting in wildcat strikes by nurses all over the glove during the past two months.

In Chicago last month, nurses held a picket at a hospital about the shortage of respirators and because some of them were being forced to work in the emergency department without training.

This week, nurses went on strike in Manaus, Brazil, after being forced to work without PPE. They also used the strike to mourn nurses who had contracted Covid-19 and died before the country even hit its peak of infections and deaths.

From South Africa to Zimbabwe and Kenya, nurses have downed tools.

The mantra of nurses all over the world is that they will “always” fight for the safety of their patients and communities, not just during an outbreak or pandemic.

However, they are clear that patients and communities are not safe during a highly infectious viral pandemic when nurses don’t have proper PPE, and are forced to mingle and travel with people outside the hospital who they themselves might infect.

There are 280,000 registered nurses in South Africa.

This week, it was revealed that nurses comprised many of the 328 local health workers who have tested positive for the virus so far.

Under the #CovidNurseStayAway hashtag, the Young Nurses Indaba Trade Union has called for a national stay-away today, International Workers Day.

At least one doctor has died of Covid-19 in SA but he did not contract the respiratory illness in the country, health minister Dr Zweli Mkhize said ...
News
1 year ago

Among other things, the union is demanding adequate PPE, the immediate and periodical Covid-19 testing of all healthcare workers, Covid-19 training for all nurses, and the nationalisation of all healthcare services so workers and resources can be shared equally by all hospitals and clinics.

The strike, said union founder and president Lerato Madumo-Gova, was sparked by President Cyril Ramaphosa’s failure to direct any relief measures to nurses during his address about the issue on April 23.

She said when the coronavirus arrived in South Africa, “the public healthcare system was already in intensive care, neglected, dysfunctional and used as a tool to loot public funds by unscrupulous politicians”.

“Many countries with even have less economic power than South Africa have given their frontline workers a Covid-19 danger allowance, income tax breaks and many other benefits to try to motivate them to keep on in their fight against this cruel infection,” said Madumo-Gova.

The shortage of PPE, she said, meant it was being rationed by hospitals, rendering it useless, and nurses were reporting they had been given four face masks to last a month.

Madumo-Gova said nurses were told to wash the masks at home, even though each mask is supposed to be used for contact with one patient only and then discarded.

“Sekufike lapho sikhathala khona (We are now tired). We have been neglected for too long. It should end now because if it doesn’t, it means it will never end. There will be no healthcare system without nurses. Nurses’ lives matter and nurses are human too,” said Madumo-Gova.

The health department announced last week that a consignment of PPE had arrived. It included two million surgical masks and more than 200,000 KN95 respirators. Another 784,000 respirators and 550,000 surgical masks arrived this week.

The union’s other demands are for a six-month tax break, permanent employment of all unemployed nurses to fill staff shortages, and government-supplied transport and accommodation for all nurses working in Covid-19 units.

Many union members have apparently spent large amounts of money on using Uber services to get to work so they do not pose a risk to taxi commuters. Some have had to pay for accommodation near the hospitals where they work because they fear infecting their families.

At the time of publishing, the only response from the government was that nurses would be breaching the Disaster Management Act and committing a crime if they went on strike on Workers Day.

This does not concern the union, which said government’s failure to protect nurses is a crime.

The president of the Democratic Nursing Organisation of SA, Simon Hlungwani, said it is also "saddened that the president completely forgot about nurses, who are on the ground and at the coalface of Covid-19, which has left a bitter taste as many of them fight this war with bare hands”.

The Food and Allied Workers Union (Fawu) has also come out in support of the strike.

“Nurses should at least enjoy income tax breaks and danger allowances as a means of motivation in this fight against a raging pandemic,” said general secretary Mngomezulu Mayoyo.

Two cashiers at a supermarket in Cape Town have reportedly died from Covid-19, prompting Fawu to note that frontline food workers in factories and stores do not have PPE. It said these workers should be given an “appreciation bonus”.

The Democratic Municipal and Allied Workers Union of SA has called for danger money or a safety allowance of R7,000 a month for municipal workers who are on the frontline and expecting “a serious upsurge in contamination rates”, said its Eastern Cape coordinator, Siphiwo Ndunyana.

He said the danger money should come from the R20-billion government has made available to municipalities.

Nduyana said there are not enough gloves, face masks, outerwear and overalls for municipal workers to work safely.

With Woolworths Access Park in Port Elizabeth now hit by a devastating 10 Covid-19 positive cases, Discovery Health — also based in the city — ...
News
1 year ago

Researchers at a Hong Kong university say they have developed an antiviral coating which could provide 90 days of "significant" protection against ...
News
1 year ago