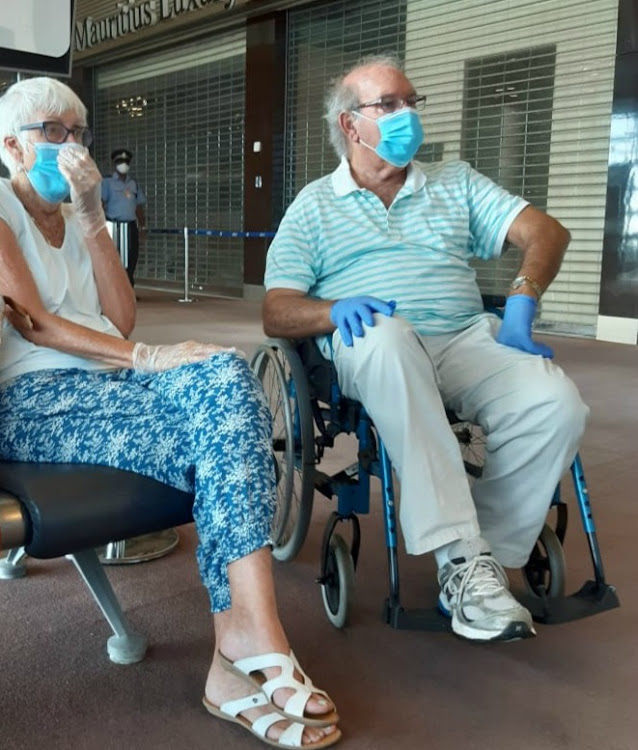 Gerald and Norma de Rauville were among 52 South Africans repatriated from Mauritius this week.
Image: Supplied

Fifty-two people stranded in Mauritius due to the coronavirus pandemic have been repatriated to South Africa with the help of good Samaritans who were touched by their desperate stories.

A mercy flight with them on board landed at Johannesburg's OR Tambo International Airport on Thursday afternoon, ending a drawn out ordeal fraught with sleepless nights, said Kim Wightman.

Wightman got involved after learning about the plight of a man among those who were stranded. His son had died of a bacterial infection at home. His wife, suffering from the same condition, had been admitted to ICU in hospital.

“He was desperate to go home and be with his family,” she said.

Another desperate situation involved a family of seven who were forced to extend their stay in Mauritius due to the pandemic, but were unable to finance their trip home as a result.

“We also had people from the entertainment industry who had been here for five or six weeks. That kind of industry has completely closed down and they were jobless. Every day there was a day they had to pay for and money was an issue,” said Wightman. 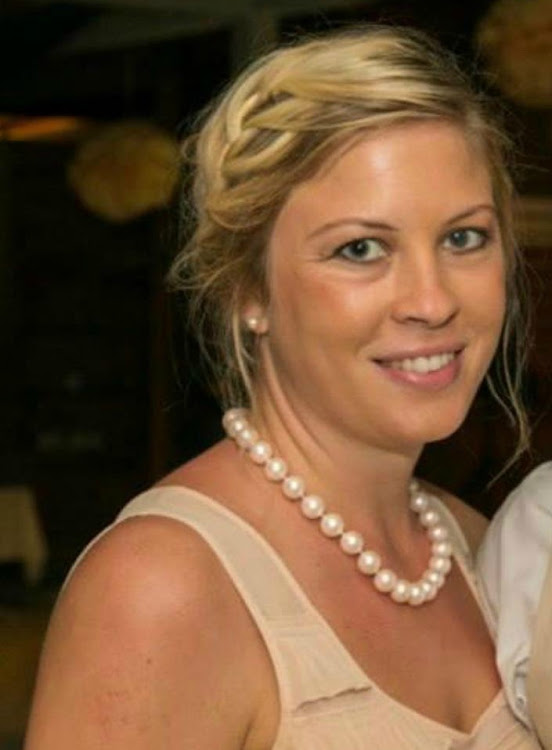 Kim Wightman was part of the team which made the repatriation possible.
Image: Supplied

Gerald de Rauville, 78, and Norma de Rauville, 74, were also in a tight spot after Gerald ran out of his medicine. He was diagnosed with severe stroke damage in 2012 after a quadruple heart bypass operation, said his daughter, Angelique.

"It was a huge task obtaining his critical meds from pharmacies around Mauritius, and finding alternative medicines to the usual meds he gets in SA. We had no choice but to get him evacuated and back to South Africa to be surrounded by his doctors and be in a familiar environment," she said.

Gerald said he was excited to be back home, even though the return was not "normal".

“The airport was deserted with more police and staff than passengers. The flight itself was uneventful and arrived at noon. The passengers alighted and went through passport control. We were spread over six minibuses and taken to identify luggage. Thereafter the passengers were driven to Pretoria and all accommodated at Capital Towers, Menlyn,” he said.

While many were relieved to be home, they had questions around being in quarantine.

“We still don’t know anything about what happens now, particularly around getting food. However, what the repatriation team achieved is remarkable,” said Gerald.

Wightman said it was emotional when the flight eventually took off.

Wightman thanked the good Samaritans she worked with, Air Mauritius, Tim and Jacinda Redman who live in Mauritius, and sponsors who helped make the evacuation possible.

She said they had coordinated the mission with both governments, provided food and airtime to contact families, found volunteers to collect stranded people at various locations, located a pilot, organised an aircraft and managed to get much of the flight cost sponsored through organisations and charity initiatives.

"The 52 people were incredibly understanding and supportive and behaved really well. No one was pulling weight or being destructive. I was really proud to be South African and part of the people to get them back home. It's an incredible achievement."

South Africans in Egypt set to return home, no news for group in Morocco

The 43 South Africans stranded in Egypt said they were excited to be returning to SA on Wednesday afternoon.
News
2 years ago

Forty-three South Africans stranded in Egypt since the lockdown began on March 27 are growing increasingly anxious about their return to SA.
News
2 years ago