Dear Cyril, we are not your naughty children ... and Gareth Cliff also jumps in

'You have to start letting your people go, Mr President!' 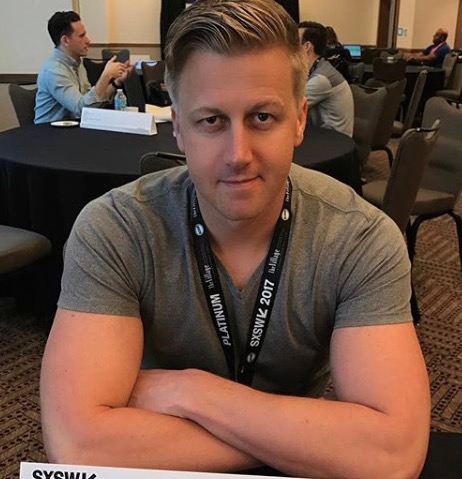 Mike Abel, co-founder and CEO of the M&C Saatchi Group of companies operating in Africa, has taken to Facebook to pen an open letter to President Cyril Ramaphosa and several ministers.

He is not the only one to have done so – media personality Gareth Cliff's message to the government has also gained a lot of traction on social media.

Both Cliff and Abel make similar arguments, saying South Africans heeded the initial call for a lockdown — and also accepted another two weeks of hard lockdown. But now the regulations for level four seem unreasonable and the impact on the economy daunting.

“Our patience and emotional state of affairs are on a knife-edge,” writes Cliff on social media site Facebook.

He ends his letter with the words: “When Moses told Pharaoh to let his people go, Pharaoh didn’t listen and there were plagues. We all know how that story went for Pharaoh. You have to start letting our people go Mr President, or this plague will be the least of our worries. Even Moses could tell you that.”

“This lockdown had only one purpose. To keep people at home whilst our health services prepared for an onslaught of what this virus may bring in terms of illness and death ...”

But now he has started to question whether the health department did in fact use this time to prepare for the worst, and he questioned the reasoning behind the regulations of level four of the lockdown.

South Africans were not being shown any respect for supporting the initial lockdown.

“And yet here we find ourselves, somehow being treated like naughty children and yourselves being our self-appointed parents. You have determined what we can and can’t buy, you have threatened taking us back to level 5 if we don’t behave and you have overreached in terms of your controls.”

Abel said the government needed to use this time to rebuild trust in the ruling ANC.

“Through listening to the citizenry and understanding realities. Through keeping an open mind. Through being approachable and caring.

“We are not your naughty children. In fact, quite the reverse. It is us who have paid our taxes and tried our level best to keep the wheels of our country turning over the years the Zupta forces tried to loot it blind. It is you who have to regain our trust – not vice versa.”

Cliff calls on Ramaphosa to “let his people go”.

Our website crashed earlier so if the link didn’t load when you clicked on the last post....... Dear President...

Capetonians spoke out about the ban on cigarettes announced by minister of co-operative governance & traditional affairs Nkosazana Dlamini-Zuma on April 29 2020. This comes less than a week after president Cyril Ramaphosa announced that cigarettes would be back on shelves across the country when the Covid-19 lockdown level is eased to level 4 on May 1 2020.

This is going to epic! Gareth Cliff to roast Somizi

Gareth Cliff has been added to the Comedy Central Roast battle.
TshisaLIVE
4 years ago

DJ Fresh has shut down any suggestions that there is beef between him and radio personalities Glen Lewis and Unathi Msengana after replacing the pair ...
TshisaLIVE
4 years ago