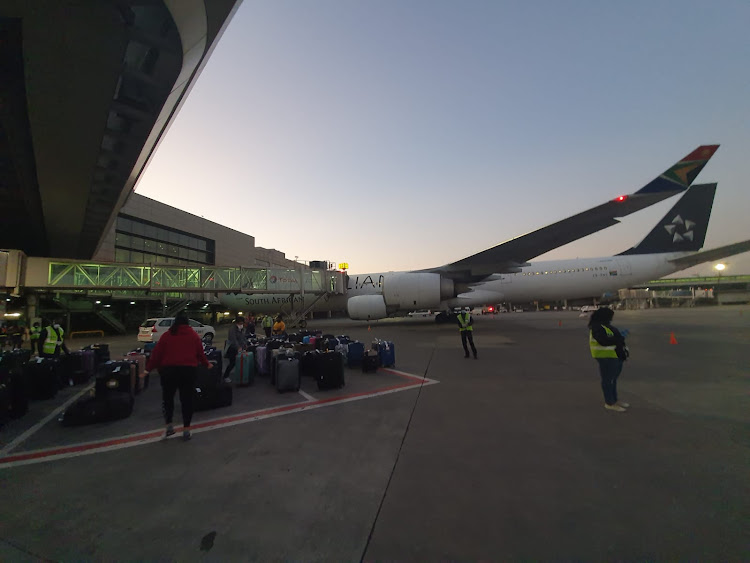 Over 200 people who returned to SA from Washington DC in the US were left stranded with nowhere to go after arriving at OR Tambo International Airport on Monday afternoon.
Image: Nikki Ross

With little support from government, all you have is each other. It’s constant panic and fear.

“We had no proper support at any time from our government and that was the hardest pill to swallow. They did not care enough for me, about their people.

“It was the SA people [stranded abroad] and the support system that got each other through this whole ordeal and got us back here, it wasn’t our government,” Nikki Ross told TimesLIVE.

Ross was one of 200 people who returned to SA from Washington DC in the US, arriving at OR Tambo International Airport on Monday.

The group was stuck on the airport’s tarmac with nowhere to go.

But the frustration and miscommunication started long before they arrived back in SA, Ross said.

Originally from Durban, Ross said when applying to be repatriated, there was little information on government websites on how the process works.

The group mostly relied on the Facebook page “Home away from home” for support and information on flights.

Ross was on vacation in Los Angeles and Las Vegas when she decided to come back home due to the Covid-19 outbreak in the US.

“There were too many cases and they were opening gyms and salons too early.

“I didn’t feel safe, I am also asthmatic and I’m recovering from glandular fever which I had last year, so if I had to get this virus I am on a ventilator in ICU,” she said.

She said they had to go on the SAA website to register their details and then register with the department of international relations and co-operation (Dirco), but no-one “really knew who Dirco was and how to get a hold of them”.

“We had no luck with SAA, Dirco or the embassy with answering their phones. People were scared and running out of money.

“WhatsApp groups were created as support systems, because all you had was each other.” 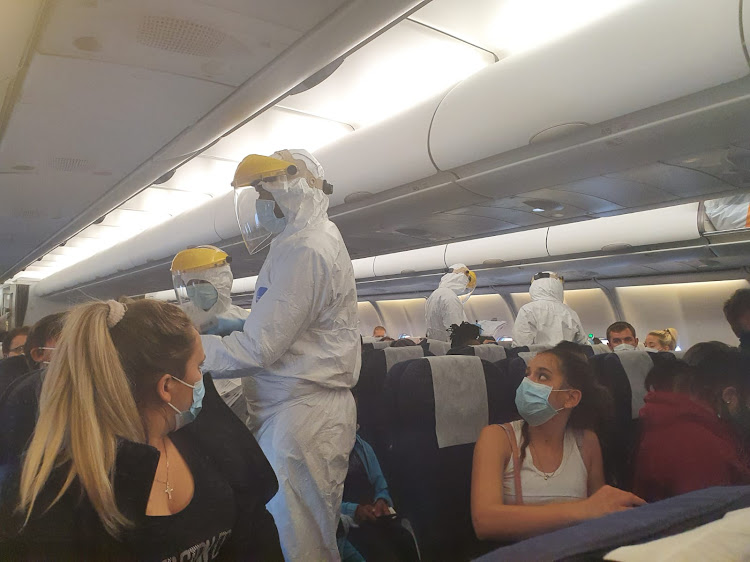 After receiving confirmation on the flight from the LA embassy, they had to make the payment and send the proof of payment to the embassy and SAA.

“People were sending the proof of payments, again, no feedback and no response.”

The flight was scheduled to depart from Washington DC.

She received confirmation of her ticket on May 2. Ross said when she arrived at the airport she saw a lot of people “beside themselves”.

Those who were left behind were put in hotels. Ross said there was no social distancing on the plane and that it was full to capacity.

The group sat on the tarmac for several hours after arrival in SA.

Ross said airport officials seemed to be clueless on what to do and there were no government officials on the ground to assist.

“We were left stranded on the tarmac, with no food, nowhere to go and no water and no support and I’ve never felt so much that our government doesn’t care about us.”

The group left in Kombis to two different hotels — the Emperors Palace and Capital on the Park in Sandton.

A second South African, Shanice Govender, also shared her frustration at being left out in the cold while waiting for direction at the airport.

“The airport could have allowed us to sit inside while this whole issue was being sorted out, however they only allowed us to go into the airport to use the bathroom facilities.

“With the SA government knowing we were on this repatriation flight, they had 15 hours to sort everything out, so that the transition from airport to quarantine would be smooth and not stressful. 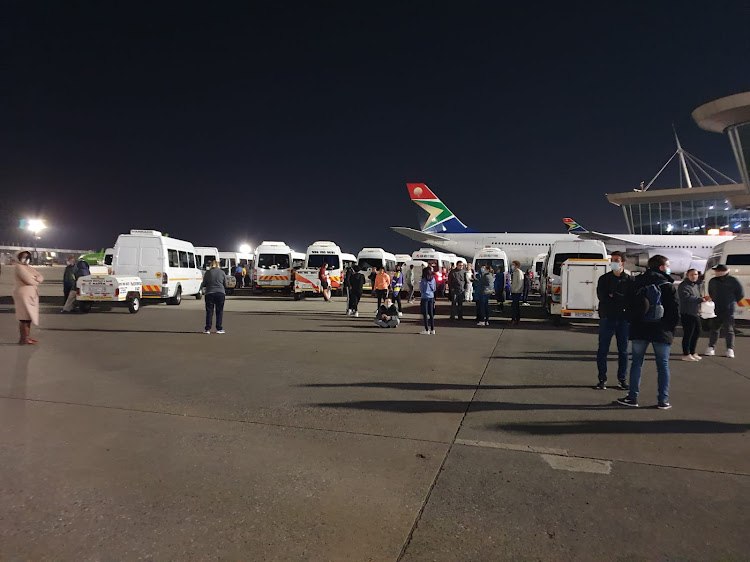 The group left in Kombis to two different hotels – the Emperors Palace and Capital on the Park in Sandton.
Image: Nikki Ross

Public Works minister Patricia De Lille said the South Africans who were stranded at the airport were moved to three hotels on Monday night.

De Lille explained that the problem with accommodating the group immediately after it landed at OR Tambo airport was that her department was told on short notice about the group's arrival.

“We were not given a 72-hour notice. We were told on short notice about the flight.”

She explained that in terms of protocol, her department had to enter into service agreements with the establishments to provide accommodation. An establishment needs 48 hours to make itself Covid-19 compliant.

“Staff have to be screened, issued with PPE [personal protective equipment] and stay at the hotel. They [hotel management] need at least 48 hours to set it up. The department of health then needs to put up medical facilities within the hotel,” De Lille said.

She said in the case of the group that arrived on Monday, her department had less than eight hours to make preparations.

“The passengers were able to leave the airport at 8pm,” the minister said.

She said the departments had agreed, moving forward, to work with clear guidelines.

“I have asked the Airports Company to inform public works when a flight would be landing at the airport, in advance. We are working on improving the situation.”

Stranded on tarmac at OR Tambo after repatriation flight, surfer Jordy Smith speaks out

Smith said there was no communication from government for five hours.
Sport
1 year ago

Thirty-four South Africans who have been stranded in Morocco for seven weeks, as a result of a ban on international travel caused by the Covid-19 ...
News
1 year ago

Fifty-two South African citizens who had been stranded in Mauritius during the Covid-19 pandemic have successfully been repatriated.
News
1 year ago