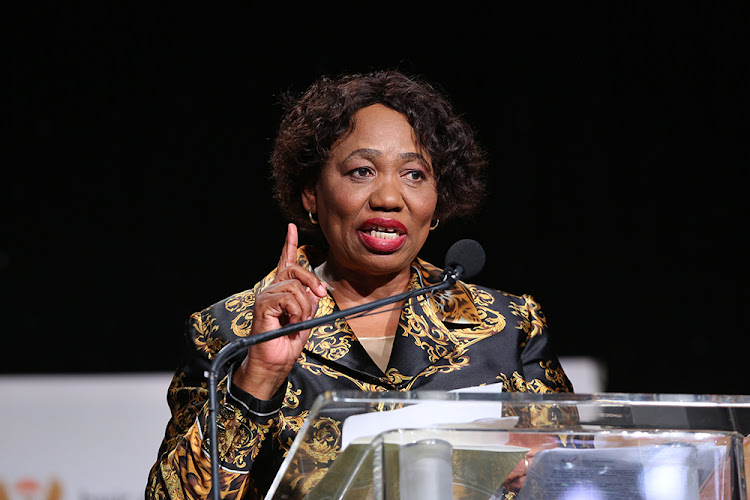 Basic education minister Angie Motshekga announced last week that the proposed date for the return of grade 12 and 7 pupils was June 1, but the department said on Thursday that some teachers had already reported for duty.
Image: Thapelo Morebudi/The Sunday Times

The basic education department has warned schools against reopening prematurely, after it became aware that some private and public schools were planning to receive pupils before June 1.

During a media briefing last week, basic education minister Angie Motshekga said the proposed date for the return of grade 12 and 7 pupils was June 1.

On Thursday, the department said in a statement that, at some schools, teachers have already been reporting for duty and parents' meetings have been held where plans were announced to have pupils back in school in May.

“The premature reopening of schools is not permitted as the department is still finalising Covid-19 school compliance protocols. The uniform standards will be applicable in schools as part of the measures put in place to protect learners and teachers, reduce infection and save the academic year.”

The department said that the minister had already indicated how she intends to have schools reopening and until a final decision is made no school may proceed to open and receive pupils.

Motshekga announced that office-based workers would gradually return to work from May 6, school management teams on May 11, and teachers on May 18.

The department’s director-general, Mathanzima Mweli, said schools should familiarise themselves with the regulations and directives to ensure compliance.

No back to school until basics sorted, says Sadtu

The SA Democratic Teachers’ Union is polling its members for their views on the reopening of schools.
News
2 years ago

The basic education department has welcomed a Limpopo high court order dismissing a challenge to the planned opening of schools on June 1.
News
2 years ago