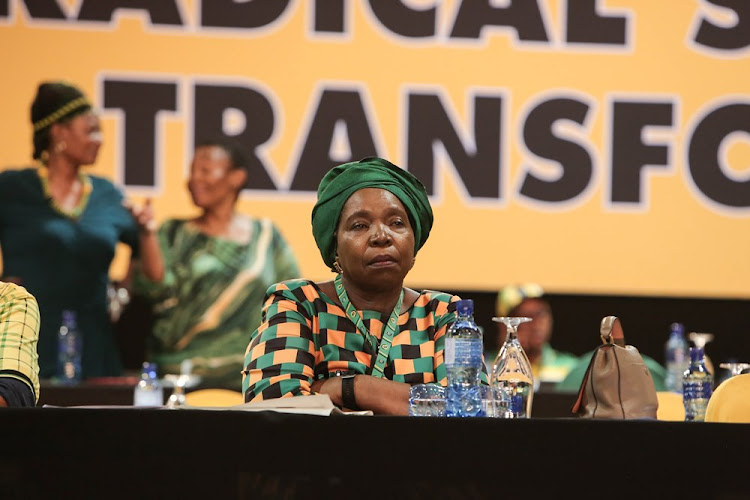 eNCA news anchors Xoli Mngambi and Jane Dutton have not been seen on air since apologising for an editorial earlier in the week criticising co-operative governance and traditional affairs minister Nkosazana Dlamini-Zuma for “undermining” President Cyril Ramaphosa.

There has been mounting speculation that the pair have been suspended, with 702 talk show host Eusebius McKaiser tweeting that staff were told about the suspensions on Wednesday.

Xoli Mngambi & Jane Dutton have been suspended by @eNCA. Staff were told of their suspensions today.

If not futher explained, this reduces eNCA to the same status as the SABC under Hlaudi Motsoeneng.

The only thing worse than poor commentary by your anchors is to censor them.

"This is an internal matter and remains between the employer and employees. The employer wishes to respect the rights of the employees in this regard."

Other news anchors hosted the morning show on Thursday.

The pair incurred the wrath of many on Twitter for saying on Monday that Dlamini-Zuma had overridden Ramaphosa regarding the controversial ban on cigarette sales.

Ramaphosa had earlier said cigarette sales would be allowed under level 4 restrictions. However, at a subsequent briefing Dlamini-Zuma said this decision had been overturned.

Dutton said in an introduction to the show on Monday that Dlamini-Zuma was “controlling the narrative”.

“She used her power and considerable influence to ensure the ban on cigarette sales would continue,” she said.

Mngambi added: “Well, just one move and it was done. Why did she do that? Is it because the president is particularly popular right now, or is it a reminder that the party politics at Luthuli House, the rivalry there, is still very much at play?”

Dutton then said Dlamini-Zuma “publicly emasculated” Ramaphosa - and that the public had been “duped” in the decision to go against the president's statement.

Mngambi then said there were fears SA had “become a police state under rogue ministers”.

The pair were roundly criticised for the comments, and on Tuesday issued as apology.

Yesterday, @XoliMngambi and @JaneDutton made an unfortunate judgment call on President Cyril Ramaphosa and Cogta Minister Dr Nkosazana Dlamini-Zuma around the debacle on the cigarette ban. Here's their apology. #DStv403 pic.twitter.com/tMNNWHVhyC

Dutton said during the show that they made an “unfortunate judgment” call on President Cyril Ramaphosa and Dlamini-Zuma around the debacle on the cigarette ban.

“ … singling her out on the decision as if it were her own. This was unfair and unwarranted, especially after President Ramaphosa had provided clarity on the matter,” Dutton said.

Mngambi said the practice at the 24-hour news channel allowed anchors to make commentary on any matter of national importance and this was done purely to encourage debate.

“It is not done out of malice or to personalise attacks on a particular leader.”

“Again, we apologise unreservedly to you, Mr President, you minister Nkosazana Dlamini Zuma and indeed the nation.”

Back to work: 'It feels like I have to choose if my family will have food or get corona'

As thousands of workers returned to work on Monday, there was increased traffic on several roads in Soweto, with measures put in place to manage ...
News
2 years ago

The good, the bad and the lonely: Life in hotel quarantine for South Africans returning from overseas

A culinary arts student who was forced to cut her learnership short and return to South Africa in March due to the coronavirus on Monday described ...
News
2 years ago

It has not been smooth sailing for several food outlets that have reopened their doors for business after an easing of the lockdown regulations.
News
2 years ago