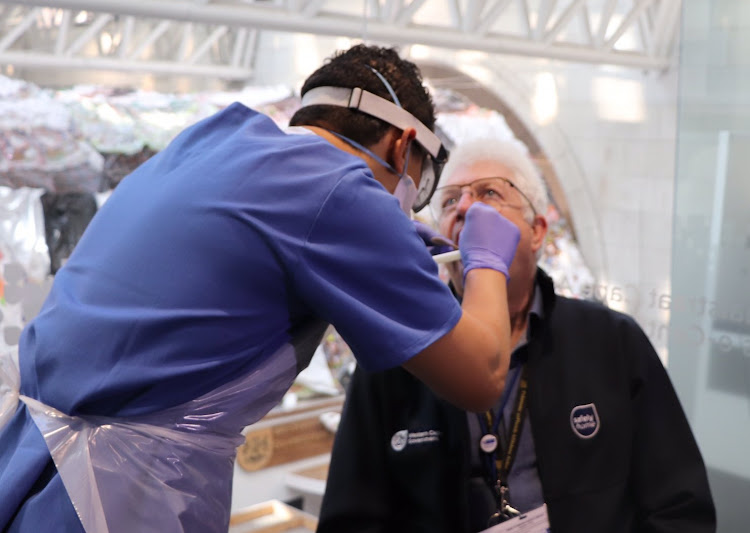 The Covid-19 death rate in the Western Cape is not abnormal and in line with the progression of the disease elsewhere in the world, premier Alan Winde said on Thursday.

The Western Cape has almost half of the reported Covid-19 deaths and positive cases in SA, prompting concerns that there may be factors peculiar to the province driving up the provincial death rate.

Thulasizwe Ntshangase is one of over 200 people in Olievenhoutbosch township, north of Johannesburg, who work under The Wheelbarrow Association. They run a service that delivers food parcels to community members during the Covid-19 lockdown, at a small fee, using wheelbarrows and trolleys. The youth in the community recognised the business opportunity when some people found the food parcels too heavy to carry to their homes.

“At this stage, this is in line with international data on the progression of the virus in other countries,” Winde said.

“As it stands now, the death rate is not higher in the Western Cape than it is elsewhere in the world and is likely to be the same rate countrywide [accurate reporting of data assumed].”

The relatively higher number of deaths in the 40-60 age range was probably explained by the country’s relatively younger population.

A detailed analysis of comorbidities among Covid-19 patients who died showed diabetes accounted for 34%, hypertension for 31%, and HIV for 13%. The province currently has 4,049 Covid-19 cases and 76 deaths.

Provincial health chief Keith Cloete concurred that the province’s death rate was normal, and that the higher number of deaths was due to the virus being more established in the province relative to other regions.

“The rate is not higher, the number of deaths is higher. It is higher because, from our point of view, we have more established local transmission. Because we have more cases we have more deaths — that is the reason,” said Cloete.

“It seems to be that our [community] transmission [of coronavirus] is more established [in the Western Cape] and we are earlier in the uptake of community transmission than other provinces,” Cloete said, adding that it was still too soon to determine why this was the case.

Every day, hundreds of Covid-19 testers are at the forefront of the fight against coronavirus in South Africa. For Bhelekazi Mdlalose, nursing is more than just a job, it is a passion. Mdlalose is a registered nurse and Covid-19 tester working for Médecins Sans Frontières (Doctors Without Borders) in partnership with the Department of Health. TimesLIVE followed a day in her life to see what it is like being in the frontline amidst the Covid-19 pandemic.

The Eastern Cape health department says 56 people who travelled to the province from the Western Cape have tested positive for Covid-19.
News
2 years ago

One person in every 1,000 has now been confirmed with Covid-19 in two of Cape Town's eight health subdistricts.
News
2 years ago

Western Cape companies that make masks and personal protective equipment (PPE) can sign up with a website that aims to link them directly with buyers.
News
2 years ago