Cuban help does not come cheap, plus 5 highlights from 'Vrye Weekblad' 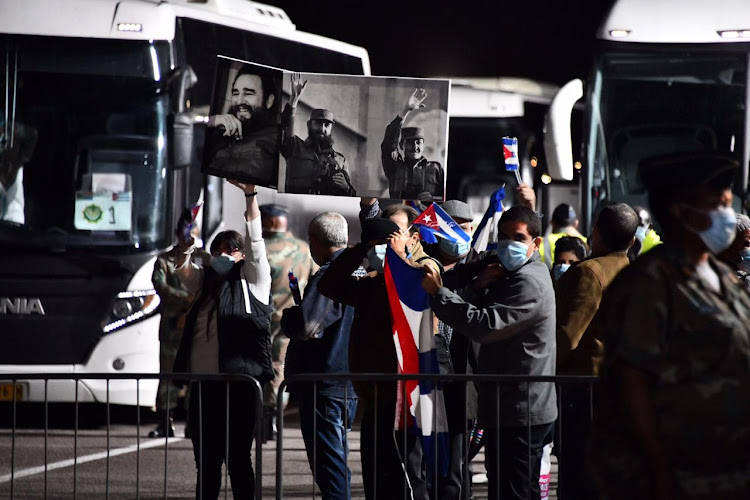 More than 200 Cuban health specialists arrived in SA on April 26 2020 to help curb the spread of Covid-19.
Image: GCIS

The Cuban medical brigade, that is costing SA R440m while local doctors are sitting at home, were all quarantined before coming to the country.

They were tested for the virus upon arrival and were moved to the Sierra Burgers Park Hotel in Pretoria for their local quarantine.

A reliable source told Vrye Weekblad this week that 23 of the 217 Cuban medical experts have tested positive for Sars-CoV-2.

Medical experts are one of Cuba's most lucrative export products. According to news magazine Time they bring in about $11bn per year for the country. Currently, more than 50,000 Cuban doctors are working in 67 countries, and specifically for the Covid-19 pandemic, they have been deployed to 23 countries.

The salaries they earn in foreign countries are not completely their own. According to reports, the Cuban government takes 60% to 90% of it.

Why do they do the work then? Because it is still better pay than the $30 per month that other Cubans earn.

Read more on this and other corona-related news and analysis in this week's edition of Afrikaans digital weekly Vrye Weekblad.

Dr Angelique Coetzee, chairperson of the Medical Association of SA, says the first question we have to ask ourselves regarding the Cuban deployment, is whether we need then now if the peak of the epidemic is only expected to hit in September.

Secondly, she says, there is no opposition to the Cuban medical experts themselves. The issue is that the government did not consult the largest body representing doctors in SA before bringing them in.

“The money we are spending on them could have been better spent to first employ local doctors with the necessary knowledge and willingness to work, especially in rural areas. There are many out-of-work doctors and other medical staff in the country and private doctors who are willing to step in,” she said.

*Vrye Weekblad sent a list of questions to the health department regarding the matter in general and the Cubans who tested positive, specifically, but got no answers.

>> Browse the full May 8 edition

FREE TO READ – NO BLUEPRINT FOR COVID-19 | We have never before been faced with as much uncertainty as what we are experiencing under the corona pandemic.

WHY DO WE WANT TO SACRIFICE THE ELDERLY? | Our shallow obsession with youth has always been problematic, but in the time of corona, the narrative about the elderly has taken a very dark turn. We need to change our attitude and stop marginalising them.

STYLISH HOME-BREW | On behalf of all of you who have run out of booze, we got tips from master brewer Tsikwe Molobye.

QUIZ: ROUND 2 | Who was Dom Pérignon, what does Elon Musk's child's name mean, what kind of rock is marble? Let's see how clever you are.

LOCKDOWN DISCOUNT | To help keep you busy during lockdown, we have a special offer: Read Vrye Weekblad for R60 for 60 days.

One step away from house arrest, plus 5 highlights from 'Vrye Weekblad'

On May 1, SA will take its first tentative steps on the road to more economic activity. The announcement comes just in time to stop the growing ...
News
2 years ago

We got some good news this week, plus 5 highlights from 'Vrye Weekblad'

The news that the Solidarity Fund, which didn't even exist three weeks ago, is now ready to roll out this huge food distribution plan, is probably ...
News
2 years ago