Euthanasia for horses as lockdown cripples racing industry in SA 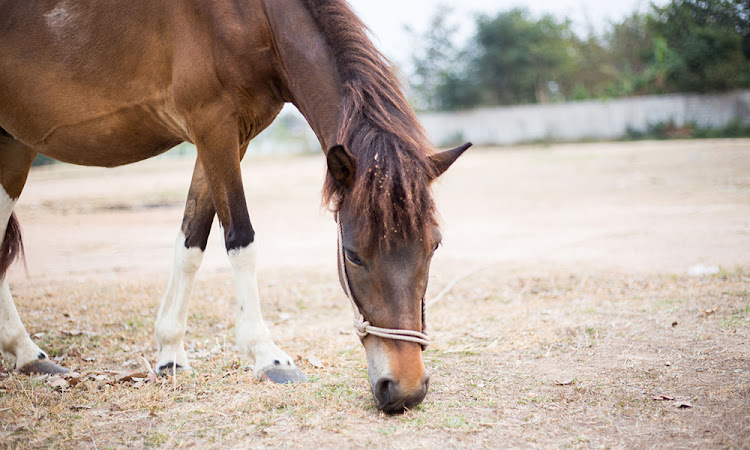 The impact of Covid-19 on the horse racing industry has forced owners to take difficult decisions about retrenchments and euthanising horses.
Image: 123RF/pixbirdz

South African horse racing faces a dire financial crisis with 60,000 jobs on the line and desperate owners turning to euthanasia as the industry is hammered by the lockdown.

Difficult decisions are having to be made around retrenchments. About 400 horses per month face the prospect of being euthanised, and some have already been put down.

The industry is on the verge of collapse, according to the National Horseracing Authority (NHA).

It is lobbying the national command council (NCC) for permission to resume controlled, closed racing under level 4 of the lockdown to stave off jobs losses, the closure of facilities and the euthanising or abandoning of distressed horses.

The CEO of Freeman Stallions, based in Cape Town, said the closure of racecourses to help flatten the curve of the pandemic had a crippling effect on his business, leaving stark choices: closing down, retrenching some staff and imposing salary cuts, or putting down some horses.

“I am very worried. This is my life. It’s the reason I get up every day,” said John Freeman.

He said it was difficult to maintain the “labour-intensive” business.

“The attrition rate is growing and very alarming,” he said.

Freeman said on average, it cost about R10,000 a month to maintain a horse, split on items such as grooming, stables and specific foods.

Freeman said he had been called by acquaintances who have had to put down their horses.

“It’s made me cry. I’m sure all the industries are struggling, but they are not forced to take lives. It’s the taking of lives that we are really concerned about.”

Freeman said an extended ban on racecourse activities would signal the death of the industry.

“It will take generations to get over this,” he said.

While he had been able to pay his workers so  far, he was uncertain this would remain the case.

“There is zero income, there will be zero income and everything we own has no value nor purpose,” he said.

I battle to understand why we are allowed to train and prepare horses in the morning and afternoon but we’re not allowed to take them to the racecourse, where there is no contact with people. It does not make sense.”

Horse Racing South Africa echoed similar sentiments, saying racing was a platform upon which other agricultural activities and exports were based.

“One cannot exist without the other. Like a pack of cards, if horse racing is stopped, agriculture, breeding and horse exports collapse with all the collateral damage such as job losses, animal welfare issues and the loss of significant revenue for government,” said CEO Peter Gibson.

We are in a dire situation as an industry

Gibson said the industry, in respect of thoroughbred horse racing, generated hundreds of millions of rand for the hospitality industry and in taxes for the government.

NHA  executive director Vee Moodley said in a statement on Thursday: “We are in a dire situation as an industry because all the lost revenue directly affects at least six people per horse who look after them before, during and after each race.

“Our plea to our government at this stage is not for the industry to operate as business as usual, but to do the least to save jobs and horses. We are asking for closed racing which will involve about 65 people per racecourse and about 15 minutes of racing per day. That is all it will take to avoid the collapse of this industry at this stage.”

“If there is no racing, there is no demand for the horse and therefore no money accruing to breeders,” she said.

Kayiya said the loss of income had led to a 20% increased in the number of horses being euthanised, with 300 to 400 horses now facing that fate every month, as well as horse abandonments, all resulting in the loss of jobs and bloodlines.

The NHA expected the number of euthanised horses to increase by 50% a month if racing continued to be banned.

A group of men from Lesotho who came to SA to find work are now stranded in the country because of the lockdown.
News
1 year ago

South African Breweries has likened provisions of the lockdown to the Prohibition in the US that saw criminals cash in on illicit trade and consumers ...
News
1 year ago