Old, sick and female inmates with infants first in line for 'coronavirus parole' in SA 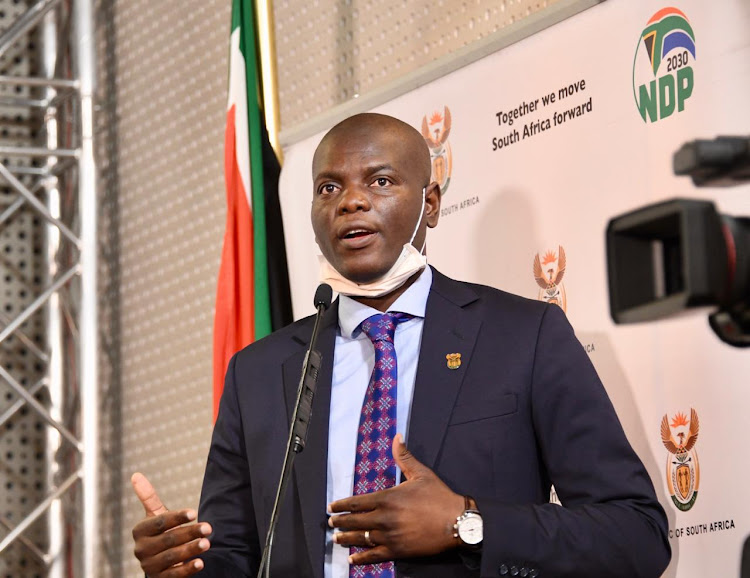 Justice and correctional services minister Ronald Lamola announced that 19,000 prisoners will be considered for parole as the department of justice tries to ease overcrowding behind bars.
Image: GCIS/Siyabulela Duda

Female prisoners with infants and elderly and sick inmates will be considered first for parole as the justice ministry tries to reduce the country's prison population.

This as authorities try to contain the spread of coronavirus among prisoners in SA.

“Placement on parole will be a decision of the parole boards,” justice minister Ronald Lamola said on Friday after the department got authorisation from President Cyril Ramaphosa to implement the parole dispensation.

“The president’s decision only allows that these low-risk offenders be considered for parole by the parole boards. It will be done in phases and the most vulnerable, such as those with underlying health problems, elderly [aged above 60] and female offenders with infants, will be prioritised,” said Lamola.

About 19,000 prisoners are to be considered for parole.

Lamola stressed that they would be judged on a case-by-case basis and despite the situation being imperative, the department did not plan on cutting any corners.

“Those who qualify will be placed on parole after all the due processes, including victim offender dialogues, have accordingly unfolded,” said Lamola.

Measures will be put in place to keep a record of those released so that they can be dealt with should they reoffend.

They include comprehensive screening and the taking of fingerprints and DNA samples to be kept by police. This would help to identify and trace any who later engaged in crime.

“We are not oblivious to the concerns of society towards releasing offenders before their sentence expiry dates. We arrived at this decision after careful consideration of facts before us. This measure is aimed at protecting the entire spectrum of SA from the Covid-19 pandemic, we cannot afford to falter, and we must flatten the curve and preserve lives,” he said.

This is the second large inmate release to happen in a matter of months.

Ramaphosa granted parole remissions to over 14,000 prisoners in December.

Prisoners to get sentences shortened, some to go free: Cyril Ramaphosa

President Cyril Ramaphosa on Monday announced that he had granted a "special remission of sentences" to prisoners and those out on parole.
News
2 years ago

Lamola reported that the initiative had been successful as most of them had not reoffended.

“It is imperative to inform South Africans that of the 14,647 inmates who were released, 99% have not violated their parole conditions. It is only a fraction that undermined our efforts and reoffended. They are 50 in total. The law has already dealt with them expeditiously and harshly,” said Lamola.

He said the latest release would be different to the one in December.

“We want to emphasise that this process is different from the remission which was applied in 2019 where offenders’ sentences were remitted, meaning their sentences were reduced, in that case by 12-24 months,” Lamola said.

“The current process entails bringing forward the period of offenders’ date of consideration of parole placement, and it does not alter the sentence that inmates received. All the inmates placed on community corrections are expected to abide by conditions that parole boards will impose upon them,” he said.

“Once completed, this process is expected to reduce overcrowding by 12.15% should those considered for parole by the boards be granted parole. This reduction will be important from a clinical perspective as overcrowding affects the quality of oxygen circulation within cells and this contributes to the speedy spread of the virus thereof. The [department] will implement further preventative measures to safeguard those remaining under our care,” he added.

Prison walls, Lamola said, were failing to keep the virus out.

“As we have seen correctional centres walls do not prevent the spread of Covid-19. It is also likely that infections in our centres can be transmitted from our centres into society at large as officials regularly interact with their loved ones in their communities and offenders interchangeably. This could occur despite the fact that we are operating under a contagious disease protocol,” he added.

At least three people, two of them prisoners, have died as a result of Covid-19 in prisons. A total of 172 infections have been recorded among prisoners and prison workers.

Protesting prisoners at the awaiting-trial section at St Albans in Port Elizabeth set fire to parts of the building on Tuesday evening.
News
1 year ago

With coronavirus infections and the death toll due to the respiratory disease on the increase in prisons, the department of correctional services ...
News
1 year ago

Two prisoners have died of Covid-19 in an East London facility, the correctional services department said on Tuesday.
News
1 year ago