Cops nabbed for allegedly robbing shop of cigarettes, one in uniform 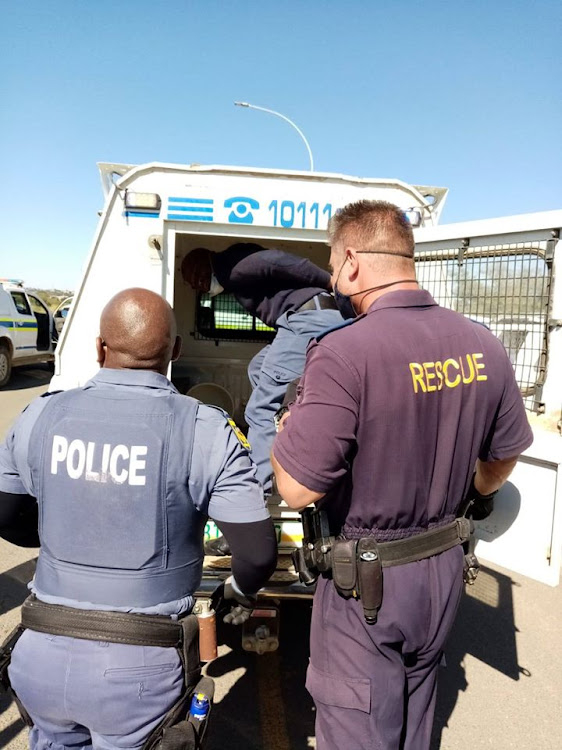 Two police officers, one of whom was brazenly wearing his uniform, allegedly stormed into a spaza shop and robbed the owner of an undisclosed amount of cash and 25 cartons of cigarettes at the weekend.

The officers, who are attached to the Roodepan police station, were allegedly accompanied by a civilian accomplice at about 6pm on Saturday. The trio was arrested on Sunday.

The officers were arrested at their place of work.

Their accomplice was arrested at his residence in Roodepan. The civilian suspect was found in possession of an undisclosed amount of cash, which was confiscated.

Shivuri reiterated that police officers involved in criminal activities will not be spared the full might of the law.

"The SA Police Service in the Northern Cape will do everything possible to ensure rotten police officers are exposed and sent to jail, where they belong,” said Shivuri.

The three suspects are expected to appear before the Kimberley magistrate's court soon to face a charge of business robbery.

Police officers were pelted with stones in Fraserburg in the Northern Cape over the weekend when disgruntled community members demanded the sale of ...
News
1 year ago

Two police officers were killed when they were hit by a suspected drunk driver at a Covid-19 roadblock on the R594 in the Free State on Friday night.
News
1 year ago