Image: Gui Yong Kang/123rf.com South Africans who are stranded in India are desperate to step aboard a plane to return home.

A group of 250 South Africans, including a cancer patient, stranded in India have been waiting six weeks for the government to bring them home.

They were visiting different parts of India for business and leisure when the coronavirus pandemic forced both the Indian and SA governments to close their borders and cancel flights.

Many of the South Africans, who are living in backpacker accommodation, rented apartments and with friends and family, are running out of money and patience.

Elderly and ill people in the group, including a stage four cancer patient and a heart patient, have also run out of medication.

Pravienna Naidoo, whose elderly mother and aunt are stuck in Tirupati, in southern India, is driving an online campaign to petition government to start repatriation.

The petition on Change.org, in which the stranded group implores for help, has received nearly 4,000 signatures.

"We appreciate the logistical nightmare repatriation must be, yet lack of transparency regarding the ‘challenges’ in bringing us home leaves us feeling ‘discarded’.

"Among the elderly and children who make up our numbers are a stage four cancer patient and someone who suffers from diabetes and ischemic heart disease, both out of medication.

"Another who suffers heat intolerance is stuck in the Thar desert in temperatures ranging from 38C to 45C, and suffering heat exhaustion.

"Medication has run out. Money is running out. Nerves are frazzled. Emotions are running high. Negativity is spiralling. Depression is setting in. Families are separated and distraught, consumed with worry for their stranded parents, siblings, spouses and children​," reads the petition.

Naidoo, who is contact with some of the group via WhatsApp, told TimesLIVE many of them are "quite distressed".

"We have a five-year-old boy who is stuck with his dad in India. He is an Indian national with a spousal visa. The child is distraught because his mother is in SA.

"Besides holidays, a fair number of people went to India on business and got stuck there. People have various kinds of accommodation, including family and hotels and others have had to find alternative accommodation.

"We know of three South Africans who are paying R1,000 a night for bed only at a backpackers in Mumbai. Their situation is  getting desperate. They have to venture out each day to find food and other supplies," said Naidoo.

She said she made several pleas to the department of international relations and co-operation (Dirco) for assistance in the past six weeks.

"We have received support from the SA diplomatic core in India but our government needs to act.

"We understand the repatriation process is a complicated one, but we need some kind of assurance from government that South Africans have not been abandoned," she said.

Dirco spokesman Lunga Ngqengelele said on Tuesday: "We are aware of them and we are working on getting them assisted to come back home." 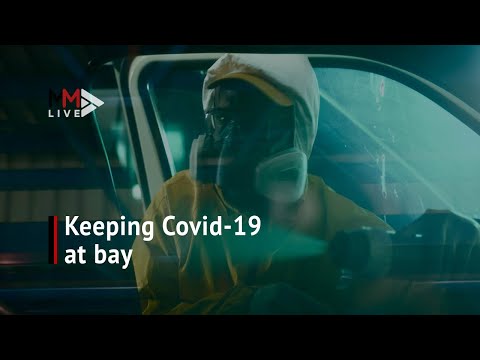