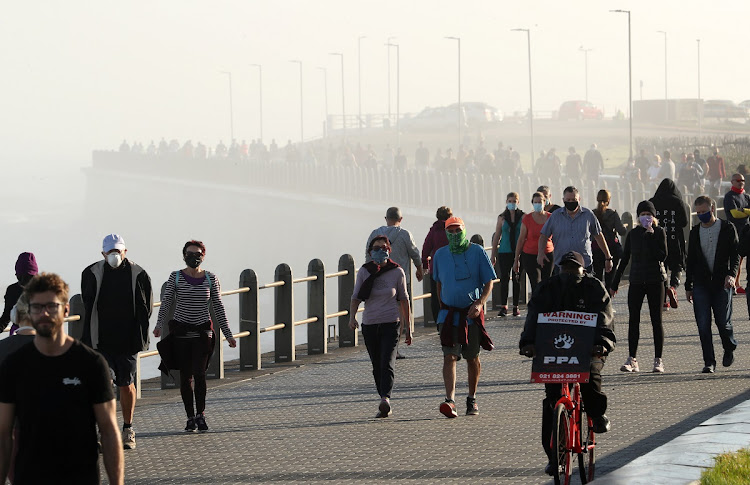 The spread of Covid-19 in Cape Town continues to outpace the rest of the Western Cape and the country as a whole.

On Tuesday, Cape Town had 5,620 confirmed cases, according to the provincial government's dashboard. This is 91% of the Western Cape's total of 6,194. 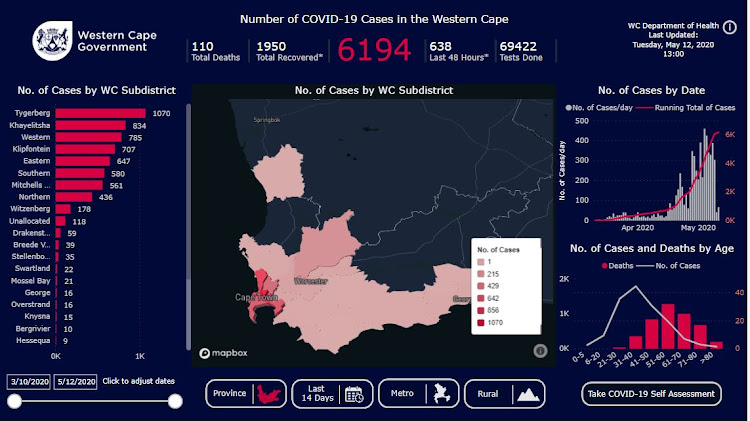 The country saw a 6.5% daily increase in cases on Tuesday, but Cape Town's increase was 8.8%.

The per capita infection rate in Khayelitsha, the health subdistrict with the greatest concentration of Covid-19 cases, reached 208 per 100,000 on Tuesday.

This means one person in every 500 among the township's 4 million residents has tested positive.

The per capita rate in Klipfontein — a health subdistrict which includes Philippi, Gugulethu, Nyanga, Crossroads, Heideveld and Manenberg — was 186 per 100,000 on Tuesday. In Tygerberg, which includes Langa, Delft, Belhar, Elsies River and Bonteheuwel, it was 162 per 100,000.

In Cape Town's least-affected subdistricts — the southern, northern and eastern suburbs — it ranged between 104 and 106 per 100,000 people.

More than 65% of Covid-19 deaths in the Western Cape – which accounts for half of all deaths in the country – involved people who already had two or ...
News
1 year ago

One week into level 4 lockdown an alarming spike in Covid-19 infections in two provinces has prompted calls for increased restrictions in hotbed ...
News
1 year ago

Isolate or we'll put you in a hospital bed, Mkhize tells Western Cape

Everyone in the Western Cape who tests positive for Covid-19 will be confined to hospital if doctors are not satisfied they can self-isolate properly.
News
1 year ago