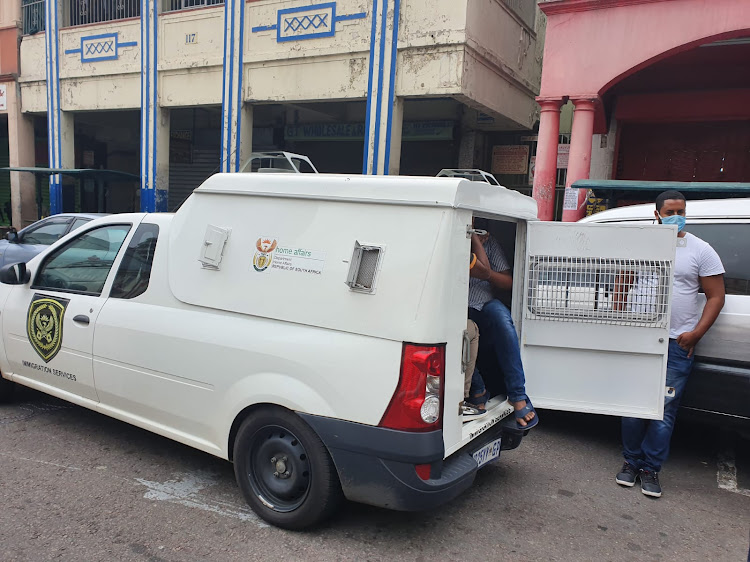 Fifty business were shut down and 20 undocumented foreigners arrested during an operation in Durban's CBD on Wednesday.
Image: Supplied

More than 50 businesses operated by foreigners have been shut down in the Durban central business district for selling expired goods and operating without licences.

More than 20 undocumented foreigners were arrested on Wednesday in a joint operation by the KZN department of economic development, the labour department, home affairs' immigration unit and law-enforcement officials.

“What is more concerning is that during this operation, inspectors found illegal banking of money in Victoria Street. In addition, it is disturbing that undocumented foreign nationals have been operating freely and flouting lockdown regulations,” said the department of economic development in a statement.

Since the beginning of lockdown, the department has received thousands of tip-offs through its hotline and conducted a number of raids across the city.

On Tuesday the department was part of an operation that seized a cocaine shipment to the value of R16m at Durban harbour.

“We have made a decision that over the next two days law-enforcement agencies will intensify intelligence-driven operations. We want to protect our economy and innocent consumers who are consuming expired goods and buying counterfeit goods,” said the department.

An estimated R3-million worth of counterfeit cigarettes were seized from a warehouse in Phoenix, north of Durban, on Sunday.
News
2 years ago

Former president Jacob Zuma has congratulated himself for a job well done during the nine years that he led government between 2009 and 2018.
Politics
2 years ago