Image: Leon Swart/123rf.com Some SA companies are not applying for relief schemes for their employees, says the SA Payroll Association.

Some companies in SA are allegedly refusing to apply for the government’s temporary employer-employee relief scheme (Ters), leaving workers cash-strapped in the lockdown.

The SA Payroll Association (Sapa) said it has received several complaints from employees whose salaries have been cut, but their employers have not tried to claim from the labour department’s Ters.

According to the association's president, Arlene Leggat, many employers who have not applied for these funds believed that they would not receive them.

“There is a lot of negativity about the Ters and the government’s ability to process payments. 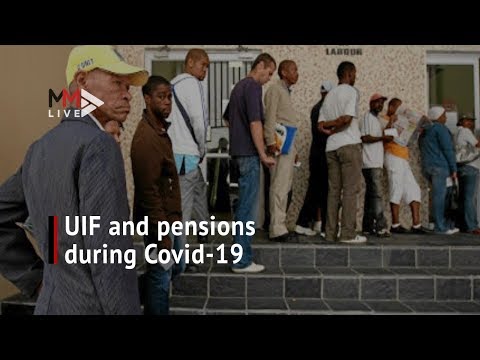 “The payment system initially had its hiccups, but the reality now is that Ters benefits are being paid out but employers are too stubborn to apply for the benefits on their staff’s behalf,” said Leggat.

Leggat told TimesLIVE that the funds are equivalent to a percentage of employees' salaries.

She said employees are paid in advance in anticipation of the Covid-19 benefit and once the funds have been paid, they replace the company's advance.

“If your company has had to reduce employees’ hours, cut salaries, or both, it is your responsibility to start the application process so that your employees don’t have a reduced salary during these uncertain times,” she said.

While employees cannot trace to see if their employers have applied for the funds, they can look at the list of which companies have received these funds, said Leggat.

In a statement on Monday, the department said that since April 16, the UIF has paid out over R11bn.

This includes benefits of more than 2-million workers and over 161,500 companies that launched claims on their behalf.

Here is a recap on who can claim and how to claim.

While much has been written about the government only providing financial support to BEE companies, Leggat said this is not the case for Ters benefits.

“All companies who are registered and pay UIF can claim. If your company’s Ters claim has been rejected and you don’t know why, please contact UIF through their available channels.

“It is challenging at the moment as calls are not always answered. The other option is to check your file and resubmit,” said Leggat.

Leggat said companies must apply for the Ters benefits and receive money as a lump sum, which they then need to distribute to their employees.

To initiate the process, employers must send an e-mail to covid19ters@labour.gov.za, which will trigger an automated reply that will outline the steps and details.

Then, applications are made here: www.uifecc.labour.gov.za/covid19.