Lindela Repatriation Centre guards hand themselves over after mass escape 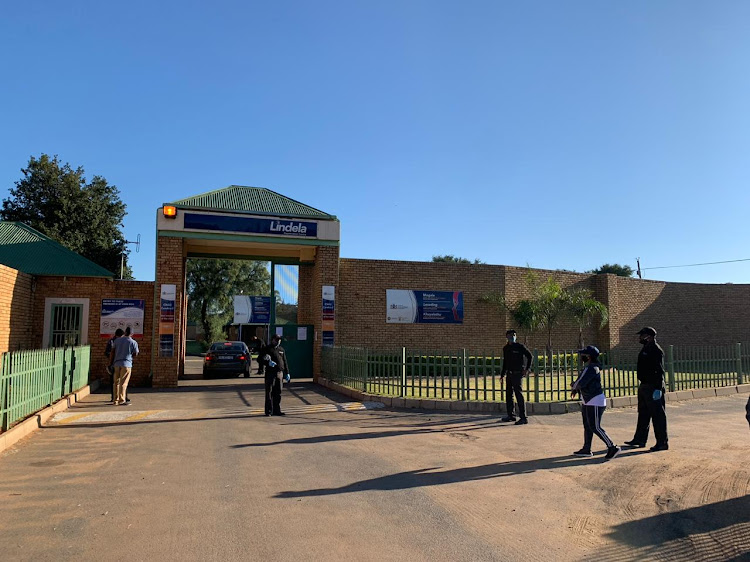 Seven security guards who allegedly abandoned their posts at the Lindela Repatriation Centre in Krugersdorp on the West Rand last week, leading to the escape of 37 people awaiting deportation, handed themselves over to the police on Friday.

“They were arrested and released on a warning. They will appear at the Krugersdorp magistrate's court on Tuesday,” said Makhubele.

They face charges of aiding an escape and more arrests are expected.

Home affairs minister Aaron Motsoaledi visited the centre after the escape and hinted at it being an inside job.

Motsoaledi said prior to the escape, migrants had embarked on a riot, demanding that they be deported. They had been at the centre since the repatriation process was halted by the coronavirus lockdown in March.

“During that riot, the security guards, who are at loggerheads with their company, started taking photos, showing this so-called overcrowding. I say ‘so-called’ because Lindela has a capacity of 4,000 and at the moment of the riot, there were only 1,574 people there.” ​

“On Sunday, the guards tipped off [the detainees] that ‘we are going to leave early, you can do what you want’. That is the information that we got. And indeed the guards left at 2pm, claiming  there was no contract with their employer that says they must leave later. That is what they are claiming, but it was the first time that they left work at 2pm.

“At 5pm, the people started climbing over the walls and escaping. It was not really a secret.”

Motsoaledi said security guards in the camera room witnessed the escape. “But because there were very few guards there, they were overpowered. The police were called in, but by that time 37 people had already left.”

The Lindela Repatriation Centre is in “good standing” and the health systems inside are “quite impressive”, ANC MP and former state security minister ...
News
2 years ago