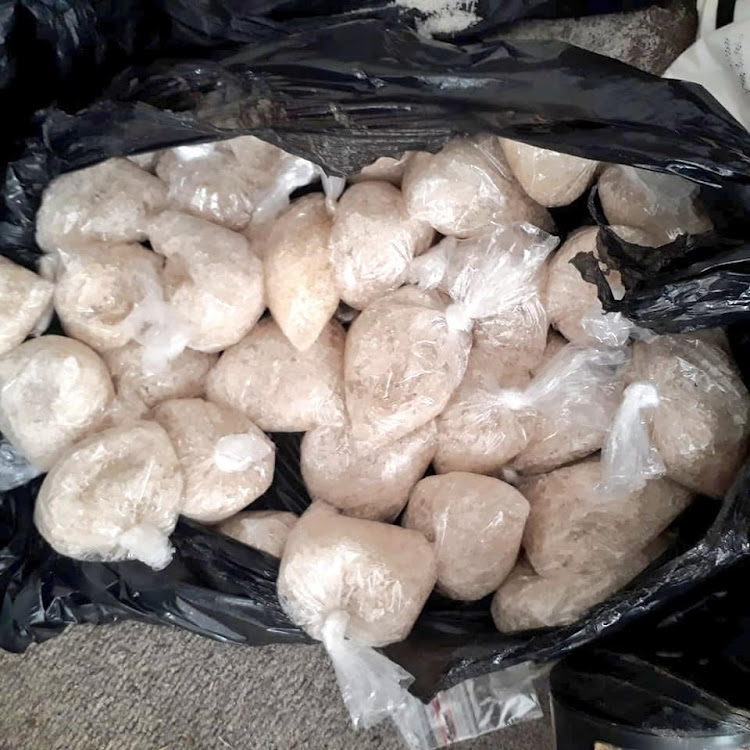 Officers found dishes and homemade equipment which were used in the mixing of chemicals to make drugs commonly known as Kat and Crystal Meth.
Image: JMPD

A man was arrested in possession of drugs worth more than R1m at a house in Robertsham on Thursday, the Johannesburg metro police department said.

JMPD officers and police arrested the man at the house in Xavier street at about 6am.

“The officers conducted a joint intelligence driven operation, this is following information received that drugs were being manufactured at the property.

“Officers found dishes and homemade equipment which were used in the mixing of chemicals to make drugs commonly known as Kat and Crystal Meth,” JMPD spokesperson Wayne Minnaar said.

The man, believed to be in his 40s, was renting the house.

Police spokesperson Captain Kay Makhubela said the man is expected to appear in the Johannesburg Magistrate's Court soon on charges of dealing and manufacturing drugs.

Nyanga woman arrested with Mandrax worth more than R25,000

A 55-year-old woman was arrested after she was found in possession of mandrax worth over R20,000 in Nyanga, Cape Town, Western Cape police said on ...
News
1 year ago

Two men were bust with drugs by Northern Cape police on the first day of the nationwide lockdown, police said.
News
1 year ago