Lawyers for Cradock Four push NPA for a decision on prosecutions 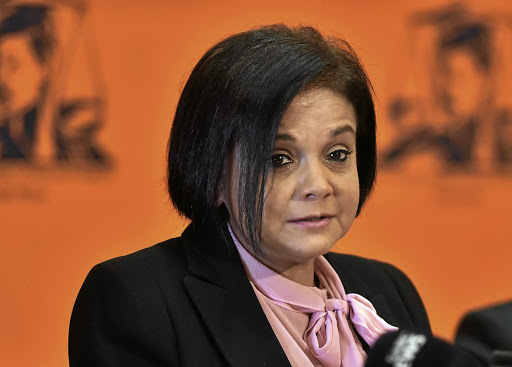 National director of public prosecutions Shamila Batohi. Lawyers representing the families of the Cradock Four have written to the NPA demanding that it decides by July 10 on whether to prosecute suspects in the murder of the Cradock Four.
Image: Gallo Images/Phill Magakoe

A law firm representing the families of the Cradock Four has demanded that the National Prosecuting Authority (NPA) decides by no later than July 10 on whether or not to prosecute the known suspects in the apartheid-era murder of the Cradock Four.

Should no decision be made by close of business on that day, law firm Cliffe Dekker Hofmeyr (CDH) will launch legal proceedings in the high court to compel the NPA to make a decision.

Matthew Goniwe, Fort Calata, Sparrow Mkhonto and Sicelo Mhlauli - known as the Cradock Four - were brutally murdered near Port Elizabeth by members of the Security Branch of the South African police 34 years ago.

The families of apartheid victims have asked President Cyril Ramaphosa to prioritise the 300 cases that were referred to the National Prosecuting ...
News
2 years ago

The Foundation for Human Rights (FHR), which has been actively involved in supporting the families of the Cradock Four, said the families have refused to give up their quest for justice and are determined to see justice done.

They want to ensure that those responsible for the murders who were not granted amnesty are held to account. In a statement on Monday, the foundation said the Cradock Four investigation docket went missing from the offices of the NPA nearly two years ago.

"During 2019 the FHR’s private investigator reconstructed the docket, which has been shared with the NPA and the SAPS. However, there has still been no decision by the NPA," it said.

Last week, CDH, which acts pro bono for the Cradock Four families, demanded in writing that the NPA investigate how the criminal docket went missing.

The firm said the opportunity to hold anyone accountable for one of the most notorious crimes committed in South African history fades with each passing day.

Many of the alleged perpetrators of apartheid-era crimes are dying, which means speedy prosecuting of those crimes is vital for families to find ...
News
2 years ago

The National Prosecuting Authority says it has discovered additional payments made to former president Jacob Zuma by his former financial adviser ...
News
2 years ago