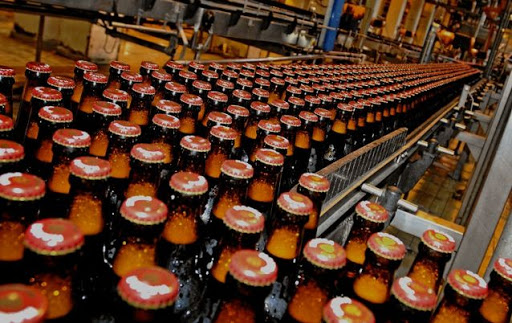 Online tools to encourage the purchase of alcohol for off-premises consumption without breaking Covid-19 safety protocols have been developed by the industry.
Image: RUSSELL ROBERTS

eCommerce options for liquor outlets, including taverns, are under discussion by the SA liquor industry as it seeks to prevent overcrowding when the ban on alcohol is lifted from next Monday.

President Cyril Ramaphosa on Sunday night announced the country’s lockdown status would shift to level three from level four, which would also allow alcohol to be sold for home consumption under strict conditions, on specified days and for limited hours. These are yet to be clarified.

SA Liquor Brand owners Association (Salba) CEO Kurt Moore said the industry welcomed the move that will result in an “opening up of the economy”.

Moore said industry associations Salba, the Beer Association of South Africa (Basa) and VinPro  had met with government officials to offer proposals to ensure compressed operating hours did not lead to overcrowding at outlets when consumers are allowed to purchase alcohol after the nine-week ban on the legal trade of alcohol.

Safety protocols for the off-consumption and trading of alcohol include e-commerce.

Mitigating transmission risks across the value chain and solutions to enable the safety of the workforce, suppliers, retailers, and consumers were also under discussion.

"We look forward to ironing out the details,” Moore said.

Vinpro CEO Rico Basson said players in the alcohol industry have been operating for more than eight weeks with zero income revenue, but had remained committed to ensuring the industry gets back on its feet.

“An estimated 117,600 jobs have been lost throughout the industry, 13% of the craft beer sector is in the process of shutting up shop, and the wine industry is in severe distress,” he said.

“As an industry, we are willing to participate in consultation with government to provide proposals that help to reopen the alcohol industry further, and begin to reconstruct the country’s economy to protect the livelihoods of 1-million people employed throughout the value chain.”

Basa CEO Patricia Pillay said the industry had made a strong argument for government to especially grant off-consumption trading licenses to licensed taverns and microbreweries.

“We want taverns and microbreweries to be able to trade legally and safely,” said Pillay.

“A 'click and collect' model has been developed with taverns to ensure social distancing stipulations are followed. We have been in discussions with tavern associations, and they have committed to ensuring adherence to health and safety regulations, as well as social distancing at all times."

What it's like buying illicit cigarettes, liquor during lockdown

My neighbour takes a long, hard prison drag of the gwaai , blows out some smoke and says, “These things are trash.”
Opinion & Analysis
1 year ago