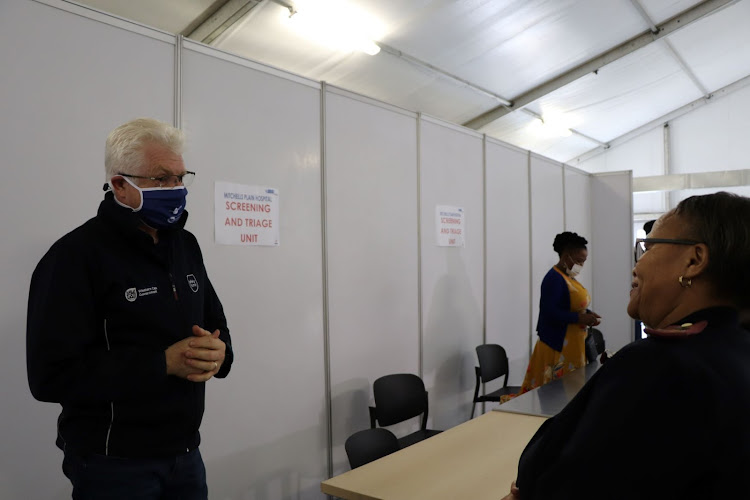 Western Cape premier Alan Winde has been pushing for the province to move to level three of the lockdown, despite a high infection rate in the region.
Image: Western Cape government

Concerned South Africans have taken to social media to speak out against the progression of the Western Cape to level three of the lockdown after President Cyril Ramaphosa's address on Sunday night.

The president said while the lockdown has been effective in flattening the Covid-19 curve by slowing the spread of the disease, it could not be sustained.

More than half of SA's infections are in the Western Cape.

Various municipalities in the province have been identified by government as Covid-19 hotspots. A hotspot is an area that has more than five infected people per 100, 000 people, or where the infection rate is rapid.

Ramaphosa said these areas will be monitored regularly, and that the Western Cape remains a huge concern for government.

“We are particularly concerned about the situation in Cape Town and in the Western Cape generally, which now has more than half the total infections in the country. We are attending to this as a matter of urgency. The list of hotspots areas will be reviewed every two weeks, depending on the progression of the virus.”

President @CyrilRamaphosa is addressing South Africans this evening on developments in our country’s risk-adjusted strategy to manage the spread of COVID-19. pic.twitter.com/O6A3TMUIAD

This is what people had to say on Twitter:

I have a close family member who was admitted into ICU with Covid this past weekend, who with their medical aid still struggled to find an ICU bed in the Western Cape. Nine hospitals had to be called to find a bed just this weekend. Nine. That province is not ready for level 3.

But why would they allow Western Cape to move to level 3?

My anxiety is peaking as if I live in the Western Cape. How the hell is it going to level 3? Is Cupcake giving up on us as a country?

As horrible as lockdown has been to most of us. I don't think it's a good idea to move the entire country to level 3. Western Cape, Gauteng and KZN shouldn't be on level 3 infact western Cape should move back to level 5

The Western Cape is not ready to go to level 3. Honestly though, we have the highest number of confirmed cases in SA, people are living like there is no lockdown. I'm so scared. Even if we go to level 3, me myself and I will NOT be seen outside.

How is western cape moving to level 3 ? #cyrilramaphosa

President Cyril Ramaphosa on Sunday said SA would be placed on level 3 of the lockdown regulations on June 1. Read his full unedited speech here.
News
1 year ago

President Cyril Ramaphosa said on Sunday evening that there were 22,583 confirmed cases of Covid-19 in the country and 429 deaths.
News
1 year ago

Government is working on plans to phase in domestic air travel for people travelling on business as SA Inc opens for business under level 3 of the ...
Politics
1 year ago

President Cyril Ramaphosa will address the nation at 7pm on Sunday regarding the country’s risk-adjusted strategy to manage the spread of Covid-19.
Politics
1 year ago