Karou Charou says as an independent artist, his finances have taken a turn for the worse. 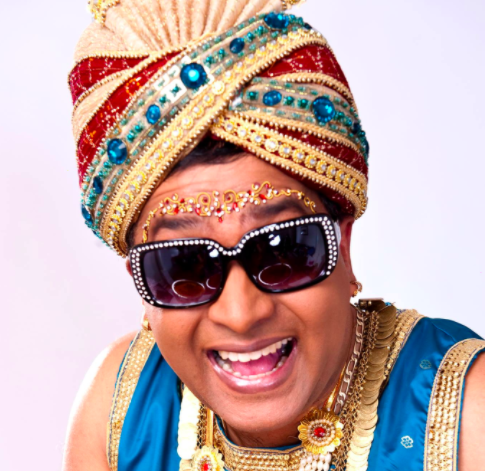 Karou Charou says he lost his strings of income before the hard lockdown was put in place.
Image: Karou Charou/Facebook

First it was just a few postponed shows here and there — then came the cancellation of all his shows as the Covid-19 regulations went from banning gatherings of more than 100 people to completely shutting down everything.

This is a story about how comedian Karou Charou lost his strings of income before the hard lockdown was put in place.

He says the decline started a week after President Cyril Ramaphosa announced the Covid-19 lockdown in March.

As an independent artist, he says, his finances have taken a turn for the worse.

“Immediately, every show including my public speaking events were cancelled,” he told TimesLIVE.

Charou has tried going the digital route by hosting virtual events but says there isn't much revenue that comes from them.

“I got a couple of sponsors here and there but that's not much. Also, there's a lot of effort that goes into putting together online shows for very little revenue.”

Charou says the government is doing very little to nothing when it comes to supporting independent artists.

He says he hasn't received any financial funding from the government. He also says he did not apply for assistance from the R150m Covid-19 relief fund that was set aside by arts and culture minister Nathi Mthethwa for artists whose cancelled shows were funded by the department or were “living legends”.

“It's all talk yet you get nothing ... I decided not to even waste my time by applying because everything is just a show and there's no real help for independent artists.

“I've stopped complaining because I realised that there's nothing anyone can do for me, I can only help myself. I made a mental decision to stop applying for any funds ... people are screaming for food parcels and government isn't hearing them, so who's going to hear me when I scream for something different.”

Nathi Mthethwa gave an update of the actions of the department of sports, arts and culture, following the announcement of a R150m relief fund.
Politics
1 year ago

Charou says debts have not given him any breathing space but he has tried to negotiate a payment agreement with his bank, insurance company and his landlord.

“When we come out of this lockdown, there will be more debts because even the help that's offered by banks has its own interest,” he says.

“The arts and entertainment industry is suffering the most. I won't even be able to host a show one week after lockdown is over. It will take months before things starting going back to normal — and only after the stigma of coronavirus has left will people start attending events in full.

This is the story of an IT support engineer who is trying to keep calm and adjust to the pandemic.
News
1 year ago

Thando Msomi branched into beauty after she was retrenched from her previous job.
News
1 year ago

She had to cancel her mother's funeral policy and request a payment holiday for her son's education funds.
News
1 year ago