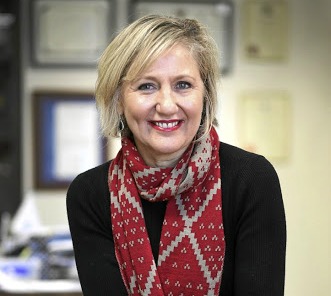 The SA Medical Research Council board said it would not be instituting any further action against Prof Glenda Gray.
Image: Ruvan Boshoff

The SA Medical Research Council (SAMRC) board, which initially apologised for "embarassing" lockdown criticism by Prof Glenda Gray, in an about-turn on Tuesday said it would no longer be investigating the matter.

The council released a short statement, saying after further investigations it found Gray was not in the wrong when she criticised government's handling of the pandemic in her private capacity, and not as president of the SAMRC.

“The SAMRC board received communication from the department of health regarding the SAMRC president’s comments. The board has discussed this matter with Prof Gray and looked into our relevant SAMRC policies. We did not find transgression of these policies by Prof Gray,” the council said.

“The board has decided that it will not be instituting any further investigation on this matter. [It] encourages Prof Gray, the minister of health and the ministerial advisory committee to amicably resolve the issue of statements made in the media in the best interests of all parties and the nation."

In an interview with News24 last week, Gray said the government's phased exit from the lockdown was nonsensical and unscientific. She called for non-pharmaceutical interventions such as hand washing, masks, social distancing and prohibitions on gatherings to be put in place.

The publication quoted her as saying that some of the lockdown regulations were “not based in science”, “completely unmeasured” and “almost as if someone is sucking regulations out of their thumb and implementing rubbish”.

TimesLIVE reported that health minister Zweli Mkhize had come out in defence of the health ministry, saying Gray had been unprofessional and not entirely truthful in her utterances.

Health minister Dr Zweli Mkhize has gone on the offensive, squaring up against Prof Glenda Gray over the controversial and critical comments she made ...
News
2 years ago

Acting director-general of health, Dr Anban Pillay, said Gray had made "false allegations against government" and called for her to be investigated.

Prof Johnny Mahlangu, chairperson of the SAMRC board, then wrote to Pillay to extend the board's “heartfelt unconditional apology on behalf of the SAMRC for any offence caused, and embarrassment suffered as a result of the comments made by Prof Gray in the media".

Mahlangu undertook to “immediately commission a fact-finding investigation" into the damage done to the SAMRC and deal with any code of conduct transgressions that may have occurred.

Hundreds of the country’s leading medical experts, scientists and academics backed Gray, saying she had exercised her right to freedom of speech.

Wits university's perinatal HIV research unit (PHRU) on Sunday said calls for Prof Glenda Gray to be investigated for speaking about the lockdown ...
News
2 years ago

In this episode we consider Prof Glenda Gray's accusation that government’s risk-adjusted Covid-19 strategy is “unscientific”.
News
2 years ago