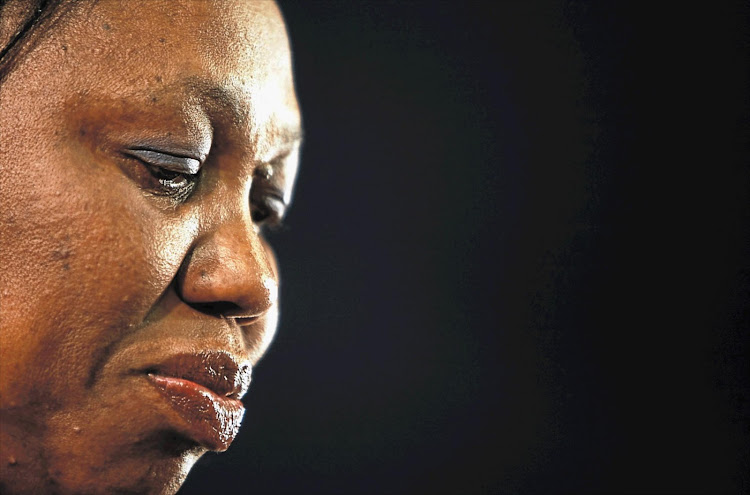 Basic education minister Angie Motshekga condemned the killing of two people by members of the community after the suspects were allegedly caught trying to break into a school in Soweto.
Image: Gallo Images

Criminals have hit at least three more schools in the country, stealing personal protective equipment (PPE) meant to ensure the safety of teachers, pupils and staff.

Department of basic education spokesperson Elijah Mhlanga said two schools in KwaZulu-Natal and one in Gauteng had been targeted.

In a separate incident, two people were killed after allegedly being caught by members of the community while attempting to break into a school in Soweto, where deliveries of essentials had just been made.

“We appeal to members of the community not to take the law into their own hands. Communities must protect schools against vandalism but must ensure at all times that violence does not occur. We request that the community should rather work with the police to bring suspected perpetrators to justice," she said.

Police were contacted but could not confirm the incident at the time of publishing.

Mhlanga said the Council of Education Ministers would use this week to finalise preparations of the reopening of schools for grade 7 and 12 pupils, scheduled for June 1.

“Having adopted the 'just-in-time' approach, the focus would be to ensure that all health and safety requirements are prioritised. These include learner transport, water provision, basic hygiene and sanitation, psycho-social support and the recruitment and appointment of screeners and cleaners,” he said.

Progress in the cleaning of schools and deliveries of PPEs had been taking place, and the council agreed that by Thursday, a final report would indicate further progress made and challenges needing attention, said Mhlanga.

The Eastern Cape education department is scrambling to hire 800 unemployed people to help in the first phase of schools reopening next week. These ...
News
2 years ago

'We're not ready': Back to school plan under fire

Unions, governing body associations and parents say many schools are not ready to reopen, with less than a day to go before thousands of teachers are ...
News
2 years ago