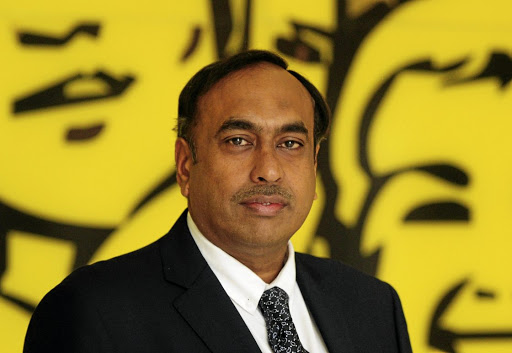 The health department’s acting head Dr Anban Pillay was “vindictive” in his calls to investigate Prof Glenda Gray, a trio of SA academics said on Tuesday.

The three - Wits University vice-chancellor Adam Habib, Jonathan Jansen from the University of Stellenbosch and Jerome Singh from the Centre for the Aids Programme of Research in SA (Caprisa) - have called on Pillay to withdraw his complaint to the Medical Research Council (SAMRC) board about Gray, who is the president of the council.

They made their call in an SA Medical Journal editorial on Tuesday, saying Pillay’s “perceived victimisation” of Gray would lead to a backlash from the scientific community.

This would involve resignations from health minister Zweli Mkhize’s ministerial advisory committee, to which Gray belongs, “in protest and solidarity”, they said.

Health minister Zweli Mkhize says there is no basis to suggest the rights of scientists were being undermined amid the public storm over comments by ...
Politics
2 years ago

The medical journal also published a statement of support for Gray, now signed by 334 doctors and medical academics, condemning Pillay’s threat to Gray.

Mkhize criticised Gray after an interview with News24 in which she was quoted as saying the government’s lockdown regulations didn’t make sense and were not based on science.

While Habib, Jansen and Singh said Mkhize’s rebuke for Gray was “sharp but fair”, Pillay’s follow-up action, in writing to council chair Prof Johnny Mahlangu asking for an investigation of Gray, “crossed the line”.

Pillay, the acting director-general of the health department, had requested an investigation into Gray's conduct, claiming that she has “made a number of false allegations against government” and that her allegations were “damaging to the government’s response to Covid-19”.

The SA Medical Research Council, which had previously expressed disappointment and embarrassment after its head, Professor Glenda Gray, openly ...
News
2 years ago

The SAMRC board, which initially apologised for Gray's "embarassing" lockdown criticism, said on Tuesday it would no longer be investigating the matter.

The council released a short statement saying after further investigations it found Gray was not in the wrong when she criticised the government's handling of the pandemic in her private capacity, and not as president of the council.

“The SAMRC board received communication from the department of health regarding the SAMRC president’s comments. The board has discussed this matter with Prof Gray and looked into our relevant SAMRC policies. We did not find transgression of these policies by Prof Gray,” it said.

From 'controversial comments' to medical council about-turn: what you need to know about the Glenda Gray row

Here's a timeline of events over the last 10 days.
News
2 years ago

Wits university's perinatal HIV research unit (PHRU) on Sunday said calls for Prof Glenda Gray to be investigated for speaking about the lockdown ...
News
2 years ago