Bloemfontein and Welkom coldest places in SA after cold front 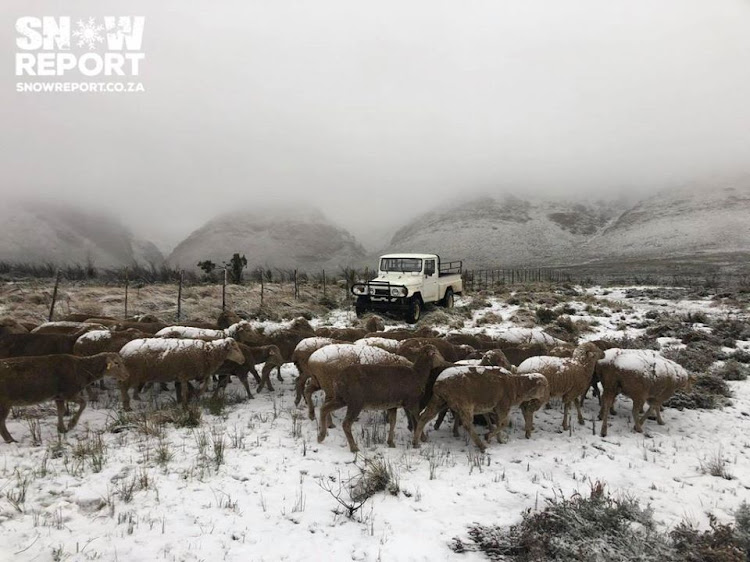 Bloemfontein and Welkom were the two coldest places in the country on Wednesday with temperatures dropping to minus 5 degrees, the SA Weather Service said.

“The cold front has now exited our country and as a result temperatures have dropped overnight and in the early morning of Wednesday.

“Some of the minimum temperatures were in the single digits while others were in the negative,” SAWS spokesperson Kumsa Masizana said.

Masizana said Klerksdorp, Potchefstroom and Vryburg in the North West had temperatures of minus 4 degrees overnight.

Other areas with minus temperatures included the eastern Free State, Northern Cape and the highveld in Mpumalanga.

She said the high-lying areas in the Eastern Cape received snow, but it was not “disruptive”.

Snow also fell over parts of the Western Cape and in the Northern Cape.

“We will see a gradual increase in temperatures from this afternoon but cool temperatures will still be expected in most parts of the country,” Masizana said.

Johan sent us this video him enjoying the snow falling on Lootsberg Pass outside Graaff-Reinet in the Eastern...

Tossie sent us this video of the snow falling at Theronsrust farm outside Sutherland in the Northern Cape a short while...

It has started snowing again at Rogge Cloof outside Sutherland in the Northern Cape. If you can take photographs...

🌨❄More snow photos from the Little Karoo this morning. Thank you Anneke du Preez for these stunning photos. Send us your snow photos :) pic.twitter.com/IrvrqEaFAw

Winter is here, with a cold front which may see temperatures dropping as low as -1°C in Gauteng while good rains in the Western Cape may lead to ...
News
1 year ago

Cold and snow expected to hit parts of SA from Monday

The SA Weather Service has warned South Africans to brace for wintry weather next week, as temperatures are expected to drop significantly from ...
News
1 year ago