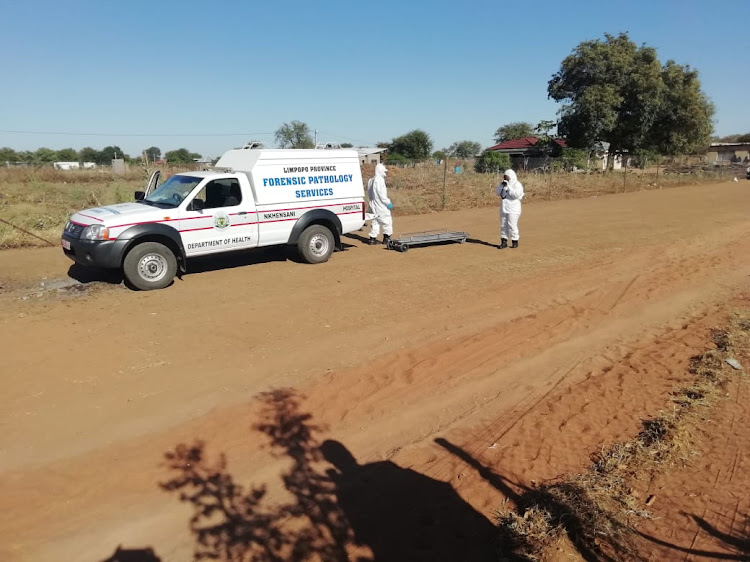 Though the motive for the murder of a woman is still not known, the police said they could not rule out domestic violence. Police in Giyani have opened an inquest and a case of murder.
Image: Supplied/SAPS

Police have opened a case of murder and an inquest after an incident in which a 45-year-old woman was found brutally murdered in the early hours of Tuesday at Makhuva village in the Giyani policing area.

Limpopo police spokesperson Brig Motlafela Mojapelo said the woman was allegedly killed by a 42-year-old man believed to be her live-in boyfriend.

Mojapelo said the man was later found hanging from the rafters of his one-roomed house in an apparent suicide.

“The motive for the incident is not known at this stage but domestic violence cannot be ruled out. Both deceased are foreigners who were reportedly staying at Makhuva village,” he said

Police seek information after finding body of a man, bound and gagged

Police have opened a case of murder for further investigation after finding the body of a man who had been assaulted, bound with cable ties and ...
News
1 year ago

A police constable was shot dead after a car chase with suspected hijackers in Kwaggafontein, Mpumalanga, at the weekend.
News
1 year ago