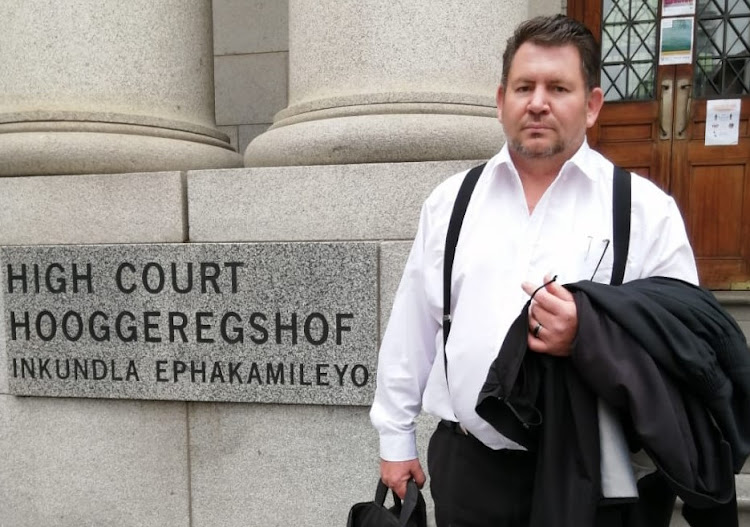 An advocate who went to court to highlight the plight of hairdressers should have combed through the roots of lockdown regulations more thoroughly, a judge said on Thursday.

"The [health] minister simply does not have the power or authority to compel the minister of cooperative governance to change the regulations pertaining to the industry," said Bozalek, dismissing Viljoen's application.

This meant the application was fatally flawed. But Bozalek said it had raised questions about the wholesale suspension of sectors such as hairdressing.

The judge suggested mediation between the sector and the government so that salons could open under certain conditions.

Viljoen said he decided to fight for hairdressers after his wife decided to cut her own hair, followed by his. At that point he realised that hairdressers were struggling to put food on the table.

Although he did not have support from the Employers Organisation for Hairdressing, Cosmetology and Beauty (EOHCB), who it appeared from court arguments would rather negotiate with the government about a way to restart operations, Viljoen told Bozalek on Wednesday he had received supportive e-mails from hundreds of hairdressers.

He also cited over 400 messages sent to an industry support group from hairdressers, many of them single mothers, pleading for food relief.

Mkhize's advocate Adiel Nacerodien argued that Viljoen may not have been motivated entirely by philanthropy because he had solicited donations for a charity he was part of. But Viljoen said the R10,000 received was in the charity's bank account and he had not touched a cent.

Many a South African has reached a breaking point during the national lockdown which started two months ago. Criminal law advocate Carlo Viljoen’s ...
News
1 year ago

Up to 70% of the country's hair and beauty salons, spas and tattoo parlours face closure as their businesses remain under lockdown.
News
1 year ago

Hair and beauty businesses have called on the government to allow the sector to return to normal operations, arguing that social distancing and ...
News
2 years ago