Four confirmed Covid-19 cases in Gauteng schools - doctors, nurses to be deployed until next year 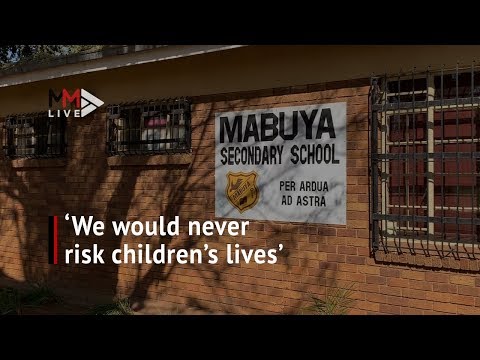 The Gauteng department of education is set to deploy doctors, nurses and health promoters to schools across the province ahead of the return of grade 7 and 12 pupils on June 1.

The deployment of over 5,000 health workers is set to continue until March next year, according to MEC for Education, Panyaza Lesufi.

“We’re contracting people which we really believe will provide the necessary support to the system,” he said on Friday, while addressing the provincial Covid-19 command council.

Lesufi said the department’s efforts to reopen schools had already been marred by challenges, including four confirmed cases of Covid-19.

“I can confirm that a parent of a learner in Bronkhorstspruit approached the department to indicate that the learner has tested positive and they wanted the department to assist in identifying and tracing all the learners that were playing with that particular learner. We have executed that task and that mandate has been finalised.”

Lesufi said his department would deal with all the risks speedily.

“During our training, we identified two teachers that tested positive, one is at a independent school in Ekurhuleni, and the other teacher in a public school, also in Ekurhuleni. We identified them during training outside the school premises. These two teachers have already been sent to quarantine and the schools that they come from will be appropriately cleaned so that we don’t have challenges.”

In another incident, a Johannesburg-based principal also tested positive and is now in hospital. Lesufi said the principal’s contacts had already been traced.

He expressed relief at the cases being discovered before the reopening of schools on Monday. He said the cases had also shown the importance of testing in all the facilities.

The department confirmed that all schools would be reopened on Monday after the delivery of personal protective equipment (PPEs) in most schools and some expected to be delivered over the weekend.