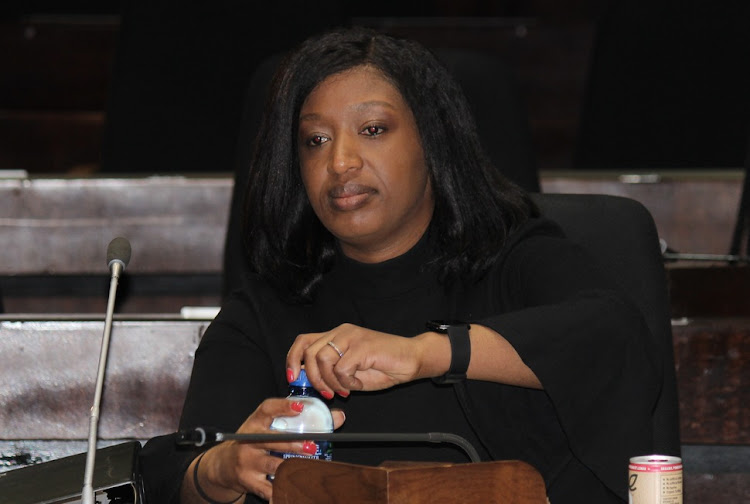 The board of the Public Investment Corporation (PIC), SA’s biggest asset manager, said on Friday that it had decided to extend the suspension of its CFO, even though a disciplinary inquiry found her not guilty.

BusinessLIVE reports Matshepo More was suspended in March 2019 for her role in irregularities related to the PIC’s investment in Ayo Technology Solutions. The Ayo transaction was one of several that was flagged for investigation by the Mpati commission of inquiry, which investigated corruption at the PIC.

The PIC bought a 29% stake in Ayo, a company majority owned by Iqbal Survé, at a wildly inflated valuation. While it paid R43 a share at the listing, the market has valued the company at about 50% of that.

More was charged for signing the settlement memo before it had been approved by management and of failing to serve the interests of the PIC by not disclosing that. However, she was found not guilty by an independent inquiry.

But the board said that it had “decided to extend More’s suspension pending the implementation and finalisation of the Mpati commission recommendations”.

It also announced that it had appointed justice Yvonne Mokgoro, a retired judge of the Constitutional Court, to lead a panel of experts to give advice and guidance on the legal steps and disciplinary processes that must be followed to implement the findings of the Mpati commission report.

A progress report will be provided in this regard as the Mpati commission’s recommendations are implemented.

“The board is committed to doing everything in its power to ensure that a new culture that is based on ethics and values of good governance is entrenched in the PIC,”  chair of the PIC board Dr Reuel Khoza said.

Finance minister Tito Mboweni announced on Wednesday that the cabinet had approved the appointment of the new CEO of the Public Investment ...
News
2 years ago