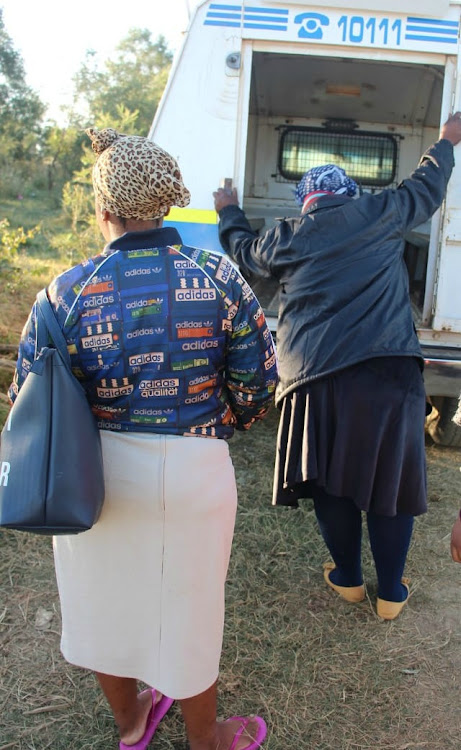 Two women and a pastor were arrested after the deaths of two nine-year-old girls.
Image: Supplied

An Nkandla pastor and two women have been arrested in connection with the deaths of two nine-year-old girls who were allegedly beaten during an “exorcism”.

Police spokesperson Col Thembeka Mbele said police received an anonymous call informing them that “something sinister” was unfolding at a home in the area.

“Upon arrival, the police were greeted with hostility by the family members who did not want their presence and asked who had called them.

“After a barrage of questions from the family members, police encountered a very gruesome scene,” said Mbele.

They found the two girls on the floor, their bodies riddled with bruises. One had already died and the other was unconscious.

One girl was certified dead and the other was taken to hospital.

Mbele said relatives claimed the girls had been attacked by an evil spirit.

“The family further alleged that the young girls had been complaining that the evil spirit was beating them up and instructing them to drink blood.

“In response to the girls' attack by the evil spirits, the family also allegedly beat up the girls as a form of exorcism.”

Mbele said a local pastor, who was called to pray for the girls, allegedly also beat the girls.

“Prior to the arrival of the police the family had taken the deceased girl to a traditional healer after beating her.

“The traditional healer could not do anything for her because she was already deceased and he brought back the body to the family.”

Mbele said the second child, who was taken to hospital, died a few days later.

Initially an inquest docket was opened but further investigations revealed that the girls died from the severe beatings.

“Further investigations also revealed that during the year 2015 another girl from the family died under mysterious circumstances and was buried a day after her death without the family informing any authorities.” ​

The trio are expected to appear in court on Monday.

The police in Giyani have opened cases of murder and inquest after an incident in which a 45-year-old woman was found brutally murdered in the early ...
News
1 year ago

A lack of respect towards female soldiers and provocation were cited by a SANDF board of inquiry as the cause of a lockdown altercation prior to the ...
News
1 year ago