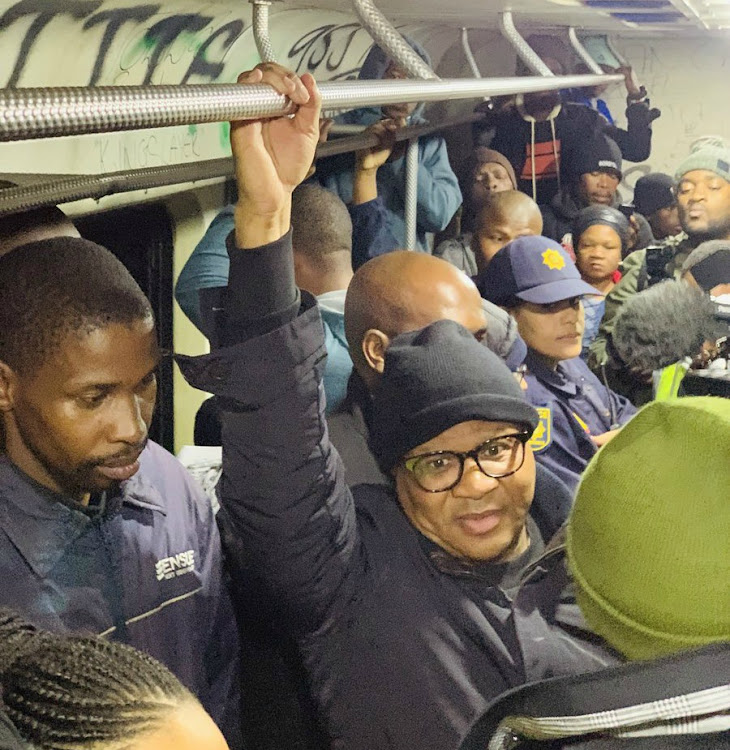 The Passenger Rail Association of SA (Prasa) is not ready to resume commuter rail transport on Monday, and the trains which ferry thousands of South Africans to work will only come back into operation in July.

This according to transport minister Fikile Mbalula, who briefed the media on new transport regulations which will come into effect on Monday as the country moves to alert level 3 of the lockdown.

“When we presented level 4 directions, we indicated that commuter rail will resume operations gradually on an incremental basis, based on detailed plans submitted by operators,” he said.

But consultations with the beleaguered public rail entity, he said, led to the conclusion that they were not ready to open safely.

“Prasa was ready to go on Monday but we can’t take that risk. There are thousands of commuters who depend on these trains and we simply cannot allow people to travel on top of one another,” he said.

“We will utilise the month of June to get ready and we are confident that from July, Prasa will operate select lines. We cannot open a service simply to have it become a vehicle to spread the virus. We have done this in the interests of safety.

The following lines have been earmarked to open first.

With as many as 8 million South Africans expected to return to work, the minibus taxi industry has also had their regulations scaled back.

“With the increase in the number of people returning to work and learners and students returning to institutions of learning, long distance public transport crossing Provincial, Metropolitan or District boundaries is permitted to operate,” the minister said.

Moreover, public transport will now be able to operate without time restrictions, while 70% loading capacity for taxis — and 50% for buses — remains in force.

Meter taxis and e-hailing services will also be limited to a 50% loading capacity.

Mbalula said that boarding would be staggered to ensure social distancing, but that planes would fly at full capacity. However, catering services and magazines have been dispensed with, and the last row on each plane will be reserved for “isolation of suspected cases”, should aircrew flag a passenger with Covid-19 symptoms.

“We must maintain a delicate balance between enabling mobility and arresting the spread of the virus. Our commitment is the preservation of human life above all else,” he said.

Minister of transport Fikile Mbalula is expected to brief the media on Saturday about lockdown level 3 regulations related to the transport sector.
News
2 years ago

As the country prepares to move to level 3 of the phased lockdown, aspirant drivers expressed mixed reactions at being able to take driving tests ...
Motoring
2 years ago