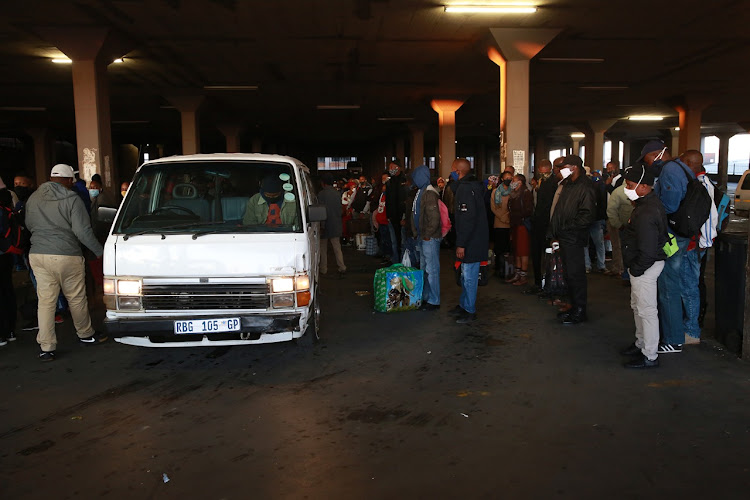 Alexandra residents queued at the Pan Africa taxi rank as many returned to work for the first time since the lockdown was announced.
Image: Thapelo Morebudi/The Sunday Times

Commuters at the Phumulong taxi rank in Atteridgeville, near Pretoria, were complaining  about being late for work when the country moved into level three of the lockdown.

Simon Mphahlele, manager at the rank, told TimesLIVE on Monday that commuters were complaining while taxis were leaving without full loads.

“We only carry 70%, as stated in the regulations, but passengers are complaining. They say they are late but there is nothing we can do. We can't break the law," he said. There appeared to be no social distancing at the Pan Africa taxi rank in Alexandra, but all commuters were wearing face masks.
Image: Thapelo Morebudi/The Sunday Times 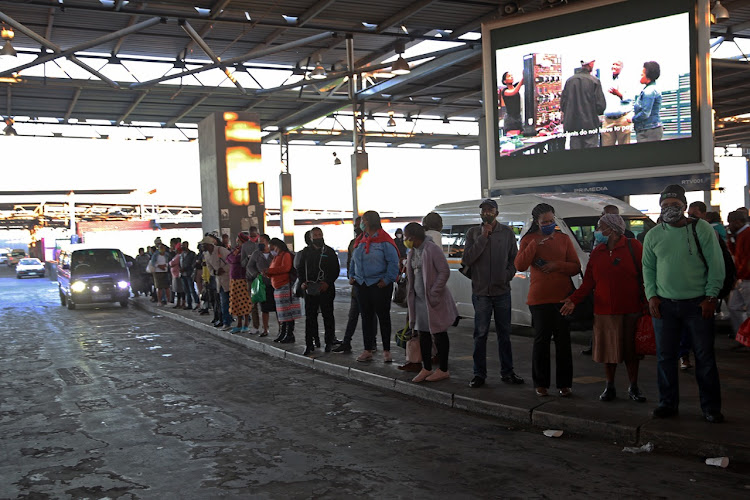 Commuters on their way to work in Alexandra, many of them for the first time since the national lockdown started at the end of March.
Image: Thapelo Morebudi/The Sunday Times

Mphahlele said there has been an increase passengers, making it difficult for taxis to operate. Queues are longer and there are fewer taxis taxis because of the 70% rule.

He said during the lockdown,  more than 25 drivers said they were struggling because of the restriction.

“Many said it is best they stayed at home. Now they have come back, but it is still the same,” he said. 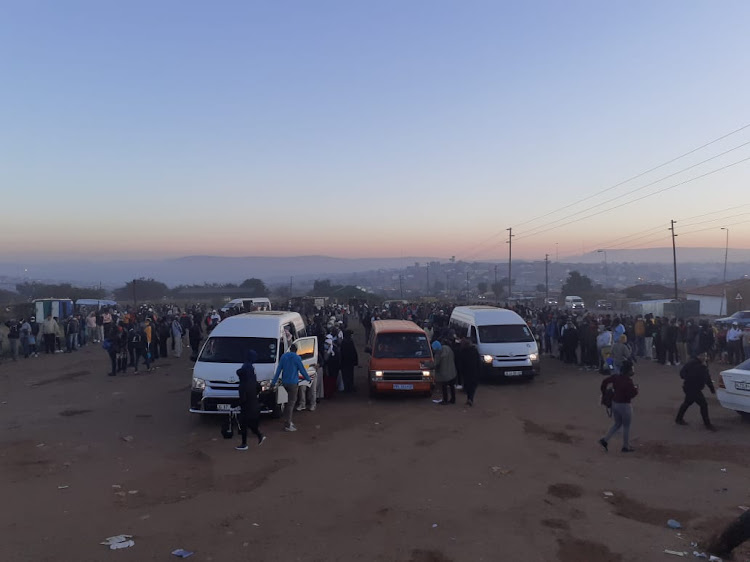 Commuters at the Phumulong taxi rank in Atteridgeville complained about being late for work as the country moved into level 3 of the lockdown.
Image: SHONISANI TSHIKALANGE

Eight-million people return to work tomorrow as SA attempts to salvage a battered economy, but it will be against a massive surge in Covid-19 ...
News
1 year ago

BACK TO WORK | Most domestic workers happy to start Monday - poll

Aisha Pandor’s cleaning company Sweep South, an app for domestic helpers, is finally open for business again on Monday after nearly 70 days of ...
News
1 year ago