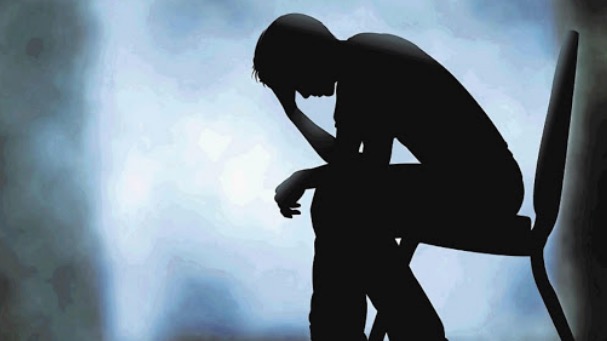 Jeffreys Bay resident Ruan van Niekerk, who asked that his picture not be used, is desperately trying to get home from Vietnam. File photo.
Image: Supplied

He has clawed his index finger to a raw and bloody mess, contemplated suicide and broken down at the airport, but thanks to his fellow South Africans in Vietnam, Ruan van Niekerk is fighting to keep it together so he can see his family again.

The Jeffreys Bay resident, who was teaching English in Vietnam, spoke about the debilitating anxiety disorder he has developed, how he was surviving on one meal a day and the nightmare of not being able to return to SA because of lockdowns in both countries.

Van Niekerk, 31, is one of many South Africans in Vietnam who watched as their jobs disintegrated in January, shortly after schools closed for the Vietnamese holidays and remained shut due to the global coronavirus pandemic, reports HeraldLIVE.

Van Niekerk said on Monday that his first month of not working was not that bad because some schools were still open but “the second month it got worse. My funds ran out quickly and I had to choose to eat or have a bed.

“I lost more than 7kg and developed an anxiety disorder where I basically claw the skin of my index finger from anxiety [and] that leaves my fingers looking like raw meat.

“I was eating one meal a day and it was usually vegetables — potatoes, pumpkin, carrots or anything real cheap.

“Then one day I was just really down and out, no food, no money,” he said.

In desperation, Van Niekerk appealed for help on a WhatsApp group for South Africans in Vietnam.

“First there was nobody that offered to help and then Charmaine [Page] saw it and that very night she and a lovely couple brought me some food.

“I started crying when I saw all the food that they brought me.

“So for a time it got better with the food support but then the big hit came when I found out that on the day of my flight [in March] SA [went into] lockdown.

“Standing at the empty airport, I just broke down.

“I had spent my very last funds on getting to the airport and now everything was gone,” Van Niekerk said.

With no way of getting home, he made his way back to Hanoi, where his landlord allowed him to stay at a reduced rate.

“So I sold most of what I had to cover the rent,” Van Niekerk said.

He asked that his photograph not be used.

Van Niekerk, who suffered from depression as a youngster, said it was then that he noticed his anxiety was getting worse and thoughts of suicide started to plague him.

“My anxiety has become so bad that my body spasms and twitches uncontrollably when I am stressed,” he said, adding this made him feel ashamed because he had always been resourceful and capable but “now I can’t even go outside”.

“Eventually I couldn’t pay rent any more so the possibility of being homeless abroad started sinking in and that’s where I started losing my battle.

“I had to ask for help or live on the streets of Hanoi,” Van Niekerk said.

Help came, in the form of Page, who sorted out a place for him to stay after providing him with food.

A SA couple took Van Niekerk in and  “for the first time in more than two months I had an amazing home-cooked meal”.

“I cried so hard when I got that plate of food my tears almost filled my plate.”

Once again, Van Niekerk tried to find ways to get home, even “planning a walkable route from here to SA — it would have taken at least 185 days to walk”.

“Every time a flight came up we booked it, but after losing more than three tickets my depression and anxiety took over.”

Van Niekerk said the anxiety was crippling and he kept thinking that all he wanted to do was die but he knew he had to get home to his parents, both of whom have health issues.

“The only reason I am still here is the thought of seeing my loved ones again. This has changed me forever,” Van Niekerk said.

Page said when she met him, he “hugged me like a kid would hug a mother”.

Page, who was due to undergo surgery on Tuesday for a broken collarbone, has been helping South Africans in Vietnam since that country’s lockdown was implemented.

She said the many other South Africans, like the couple who took Van Niekerk in, had been helping their destitute compatriots to survive by giving them food and money.

International relations and co-operation spokesperson Lunga Ngqengelele did not answer his phone on Monday evening, after earlier saying he would find out about repatriation flights and what was being done to help SA citizens trapped in Vietnam.

A woman who has dual SA and French citizenship has asked for help to be evacuated from Peru to return home to London, where she has been resident for ...
News
2 years ago

The government has repatriated more than 5,000 South Africans from overseas since the start of the Covid-19 lockdown.
Politics
2 years ago