ConCourt judge Johan Froneman retires after 26 years on the bench 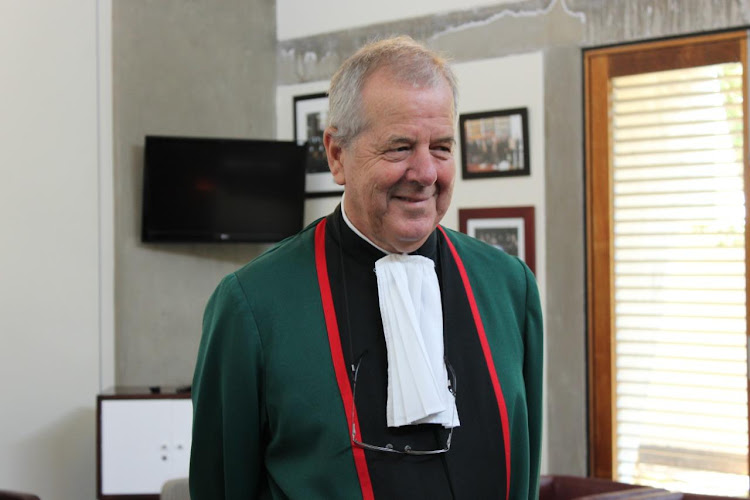 The office of the chief justice said in a statement on Thursday that Froneman, 67, was born and raised in the Eastern Cape. After matriculating at Grey College in Bloemfontein, he obtained a BA degree from Stellenbosch University and later graduated with an LLB degree from the University of South Africa (Unisa).

He did pupillage at the Pretoria Bar and went on to commence practice as an advocate in Grahamstown in 1980. In 1990 he became senior counsel and in 1994 was elevated to the bench as a judge of the Eastern Cape division of the high court.

Two years later he was appointed as the deputy judge president of the labour and labour appeal courts — a position he held until 1999.

In October 2009, Froneman was appointed as a justice of the ConCourt.

Deputy Chief justice Raymond Zondo briefed the media on Wednesday about the work on the commission during the lockdown. He also detailed ways in ...
Politics
1 year ago

Froneman's legal interests went beyond legal practice and judgeship. For five years he was Professor Extraordinaire at Stellenbosch University, lecturing a course in human rights at LLM level. He also attended Harvard and Oxford Universities — in 1999 and 2008, respectively — in a visiting capacity.

“As a judge, justice Froneman is one of those pioneers who made their mark quite early on in crafting our constitutional jurisprudence. This he did still sitting as a high court judge and soon after the advent of our constitutional democracy.

“He was later to cement his role in developing our constitutional jurisprudence when he became a justice of the Constitutional Court.”

A special sitting of the cabinet resolved on Thursday to appeal this week’s North Gauteng High Court judgment which found the country's level 4 and 3 ...
Politics
1 year ago

The Pretoria high court says it needs time to prepare before it can hear an application by the Educators Union of SA for an interdict against the ...
News
1 year ago

Thuli Madonsela on lockdown judgment: 'I’d be surprised if it survives scrutiny of a higher court'