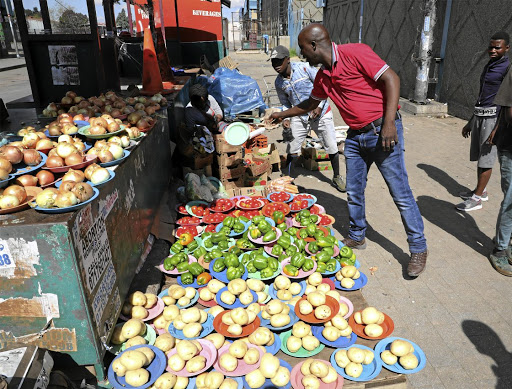 The Grand Parade informal traders have finally been given the green light to operate by the city of Cape Town.
Image: ANTONIO MUCHAVE

The City of Cape Town has now agreed to allow informal traders to operate during the lockdown, says the Legal Resources Centre.

This follows a challenge by the LRC against the city's decision to prohibit informal traders to operate.

“The City and the Grand Parade informal traders settled that the informal traders were not defined as a 'flea market' and were therefore allowed to trade under lockdown level 4,” said LRC spokesperson Thabo Ramphobole.

According to Ramphobole, the City, however, did not allow the Grand Parade informal traders to trade on Monday.

“Shortly after denying our clients access to the Grand Parade, the City of Cape Town wrote to the LRC imposing restrictions on the number of traders, changing the locations of where the traders would normally trade and the times at which they could trade.

“These restrictions were immediately contested by the LRC and following two days of back and forth negotiations, the City has acceded that our clients can return to their designated areas for trading and to trade during normal working hours,” Ramphobole said.

Informal traders must be included in R500bn relief, says alliance

Informal traders should be included as beneficiaries of the socio-economic measures worth R500bn that were announced by President Cyril Ramaphosa ...
News
2 years ago

'Relax the regulations': small businesses in fight for survival