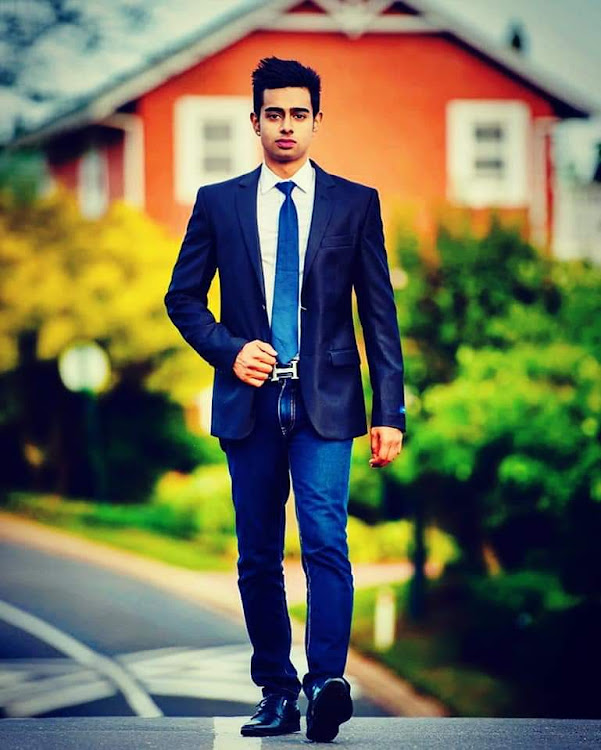 Durban doctor Viraag Hansrajh died in a road accident that also claimed the life of his friend on Thursday.
Image: via Facebook

A young Durban doctor and his friend died in a horrific car accident in Phoenix, north of the city, on Thursday.

Dr Viraag Hansrajh, 26, and Yatish Devlal were both killed after the BMW in which they were travelling on Northern Drive veered off the road and struck a tree during the early hours of the morning.

Hansrajh, a runner-up in last year's Mr India SA contest, was laid to rest hours after his death.

According a statement posted by Mr India SA on Facebook, a passing motorist contacted KwaZulu-Natal VIP Medical to attend at the scene.

“Upon arrival medical personnel assessed both occupants of the vehicle, Viraag Hansrajh and the driver, Yatish Devlal, and declared both deceased at the scene,” the Mr India SA statement read.

“Viraag will always be remembered for his love of cars, his kind soul and colourful personality.

“We are thankful we were able to share part of Viraag's life, from his journey of being a young medical doctor to becoming a well-groomed businessman and worthy first runner-up in the Mr India South Africa.”

According to KZN VIP Medical, one of the men had been ejected from the car while the other was trapped in the wreckage and had to be extricated by members of the fire department.

Fatalities as passengers are flung from rolling taxi in Cape Town

A gruesome minibus taxi accident on the N2 towards Cape Town left at least two people dead after the vehicle collided with a lamppost and rolled ...
News
1 year ago

As the country entered level 3 of the coronavirus lockdown on Monday, which saw millions of people returning to work, travel time restrictions being ...
News
1 year ago

Twelve hours after the ban on booze sales was lifted, a motorcyclist died after ploughing into a stationary vehicle as its occupants allegedly drank ...
News
1 year ago