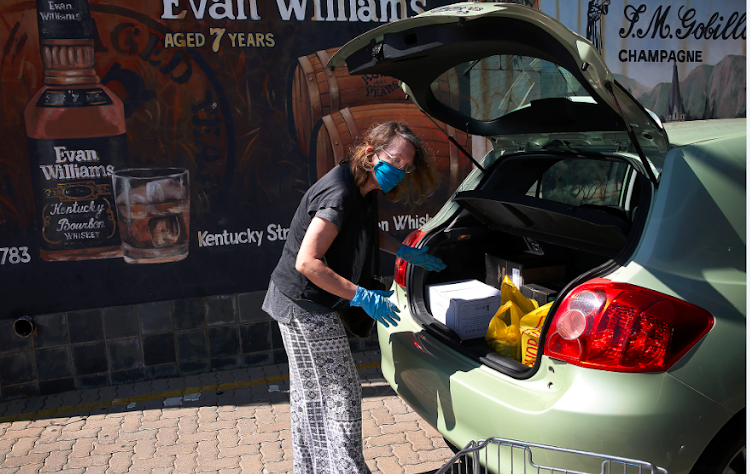 People may transport liquor on any day or at any time.
Image: ALON SKUY

No, you will not be arrested for transporting booze after hours, including Friday, Saturday, Sunday and any public holiday.

The U-turn comes just days after SA police spokesperson Brig Vish Naidoo issued a stern warning to the public, saying anyone caught transporting alcohol after 5pm on Thursday and before 9am on Monday will be charged with violating the National Disaster Act.

“Between Monday at 9am and Thursday at 5pm is the only time people are allowed to purchase and transport alcohol for their personal use,” Naidoo said. “Any other time beyond that will be a contravention of the regulations. People must be warned.”

Speaking to TimesLIVE on Thursday, Johannesburg metro police spokesperson Wayne Minnaar said an exception to the transporting of alcohol from one place to another would be made for licensed traders only.

“Permits are for dealers and not for individuals who make private purchases,” said Minnaar.

However, the warning on transportation is no longer valid.

According to a specialist attorney in liquor law, Danie Cronje, Naidoo has retracted his statement.

In a post shared on LinkedIn, Cronje said Naidoo confirmed that members of the public can transport liquor at any time. It was only the purchase booze after hours that was restricted to the days and times referred to in the regulation, said Cronje.

“We can confirm that Naidoo said it is not an offence for members of the public to transport liquor on any day or at any time,” he said.

A stern warning has been issued to citizens and liquor outlets not to sell or transport alcohol after hours, ahead of the weekend.
News
1 year ago

Speaking to TimesLIVE, Cronje said members of the public cannot be arrested should they be found to have alcohol in their vehicles.

“There is nothing in the regulations that prohibits the transportation of liquor by members of the public.

“I can't say the police won't arrest you because they often interpret the regulations incorrectly, but based on the regulation there is no contravention,” he said.

TimesLIVE made several attempts to get a comment from Naidoo. At the time of publishing this article, a response had not been received.

The latest Government Gazette, which officially explains the sale, dispensing and  transportation of liquor, states that the sale of liquor at any licensed premises or through e-commerce delivery is permitted only from Monday to Thursday between 9am and 5pm.

The transportation and distribution of liquor to licensed premises is permitted, subject to directions which may be issued by the relevant cabinet member.

The full explanation can be accessed here.

R30,000 booze sold by Joburg bottle store to one customer

Dry Dock Liquor's biggest online order since Monday was for R30,000 worth of alcohol.
News
1 year ago

How to cook with alcohol, now that we can happily buy booze again

It's likely been months since you've had some spare wine or beer to add to wintry dishes like stews and casseroles, so here's a quick refresher ...
Lifestyle
1 year ago

Don't forget: No booze sales from Thursday evening until Monday

South Africans are reminded they will not be able to buy alcoholic beverages between 5pm on Thursday until Monday morning.
News
1 year ago