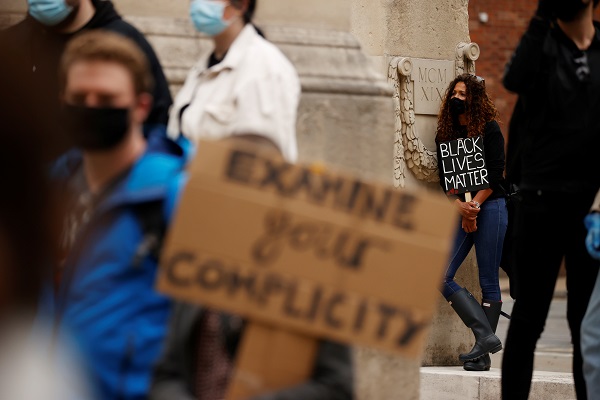 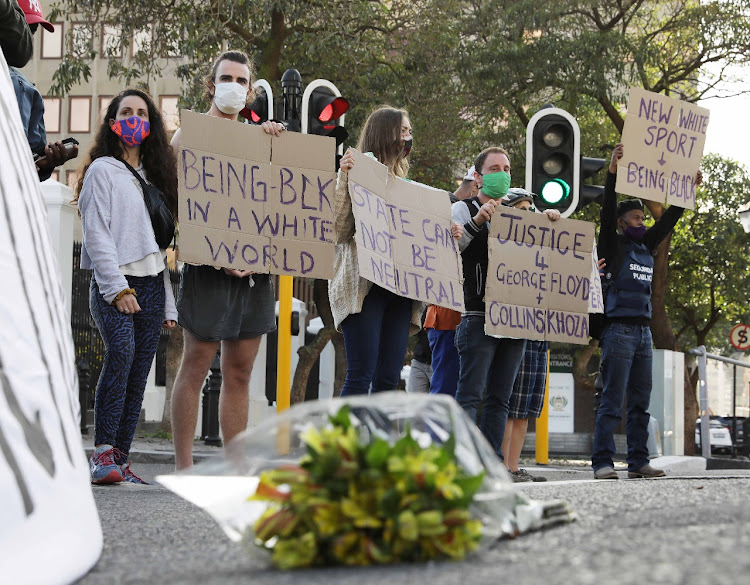 The brutal murder of George Floyd is a stark reminder of the lived reality of black people since slavery and colonial conquest.

His death and the global wave of protests against it shine a light on the mendacity of those who deny the existence of racism and are uncomfortable when it is called out for what it is. The knee that took his life is the same knee of white supremacy and global colonialities that has been on the neck of black existence and the conscience of humanity for centuries.

It is the same knee that has robbed black people of their birthright, their God-given dignity and their lives.

This cowardly act, whose roots are the belief in the ontological and epistemological inferiority of those who are not white, slavery, racial hatred and socio-economic injustice must ignite in all of us the resolve to stand up and wage a relentless war on racism, social injustice and inequality.

This brutal murder is a callous spit on Libertas, the Roman goddess, in whose image the colossal Statue of Liberty was modelled. His death stands in stark contrast to the promise of liberty by America's own founding fathers. It gives life in the 21st century to the original sin of slavery, desecrates the grave and memory of Martin Luther King Jr and is an insult to the entire civil rights movement.

The Concerned Africans Forum (CAF) says protests and activism must continue until justice is served in the wake of the brutal death of US citizen ...
News
1 year ago

To me, a black South African for whom the ravages of apartheid and colonialism remain my reality in the present, the torture and murder of George Floyd in public is not an intellectual or philosophical matter. The pain of African-Americans is as real to us black South Africans as the pain white racism continues to cause to this day.

That notwithstanding, the irony is not lost to me of the fact that the recent killing of a black man, Collins Khosa, did not in my country cause to erupt the outpouring of outrage on our part that is now in full display in response to the killing of George Floyd.

Khosa was allegedly killed by black soldiers for whom, as apartheid colonialism taught them, black lives have no value. His killing too, like that of black miners in Marikana, the killing of Tatane, is a callous spit on the graves of Oliver Tambo, Nelson Mandela, Robert Sobukwe, Steve Biko, Charlotte Maxeke, Victoria and Griffiths Mxenge, Chris Hani, Solomon Mahlangu and all those who fought and died for freedom.

Racism is like a raging fire, and if not halted now, it will result in the common ruin of all humanity. It has always been and remains the most pervasive threat to society and black people have had to bear all the cost and burdens of socio-economic dysfunction in the world.

PABASA, an association of advocates committed to social justice and equality joins hands with lawyers and jurists of the world in the condemnation of these senseless killings, social and racial injustice and continuing social and economic world order that continues to put its knee on the neck of black people in general and African people in particular.

We join you and sign the petition with the hope that George Floyd's death will not be in vain but will mark a major turning point in the struggle for justice and that lawyers will never rest while the fire of injustice engulfs humanity.

As the life and death of George Floyd matter, so do Collins Khosa’s

When the coronavirus first began to spread, every second pundit predicted that the world would not be the same again. Many looked to histories of the ...
Opinion & Analysis
1 year ago