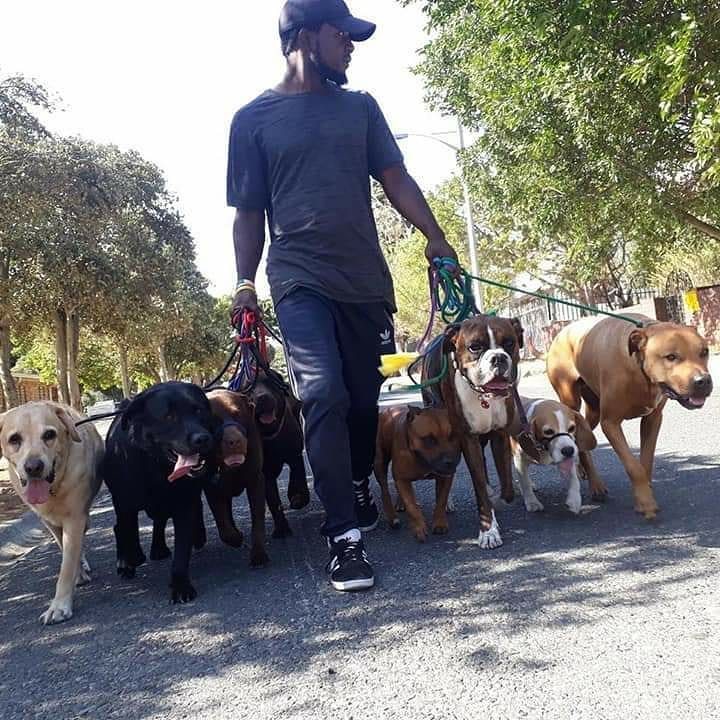 An image of Calvin Inkongolo that was shared after his tragic death.
Image: Facebook/Lauren Hannah Gard

The tragic passing of a man who took his own life in Sea Point has not only brought the mental health fallout of Covid-19 to the fore, but also the plight of many foreigners trying to eke out an existence in SA.

He was known in the community for earning a living as a gifted dog walker.

Days later, Barnard said she is still trying to make sense of the incident. “It’s still a great mystery to me because I didn’t know him as a person. But for some reason, I feel a deep connection with him, perhaps it’s because I am a mother and he is someone’s son,” she told TimesLIVE on Monday.

“I am struggling with this. I don’t know why he chose my home, but I hope his soul rests in peace,” she said.

Barnard said she suspected the man knew her because the St Andrew’s Presbyterian church was comprised of 90% foreign nationals.

“Perhaps he knew or heard about me because we run quite a huge programme that assists many marginalised people and families with food parcels. I’ve also counselled many foreign national with different kinds of problems,” she said.

Thousands of people shared news about his suicide on social media, where initial reports suggested that he had lost his job as a dog walker due to the coronavirus pandemic and had no access to relief funds or food parcels. It has subsequently emerged that he may have suffered from depression. People made a shrine at the spot where he was found dead, leaving messages and flowers. 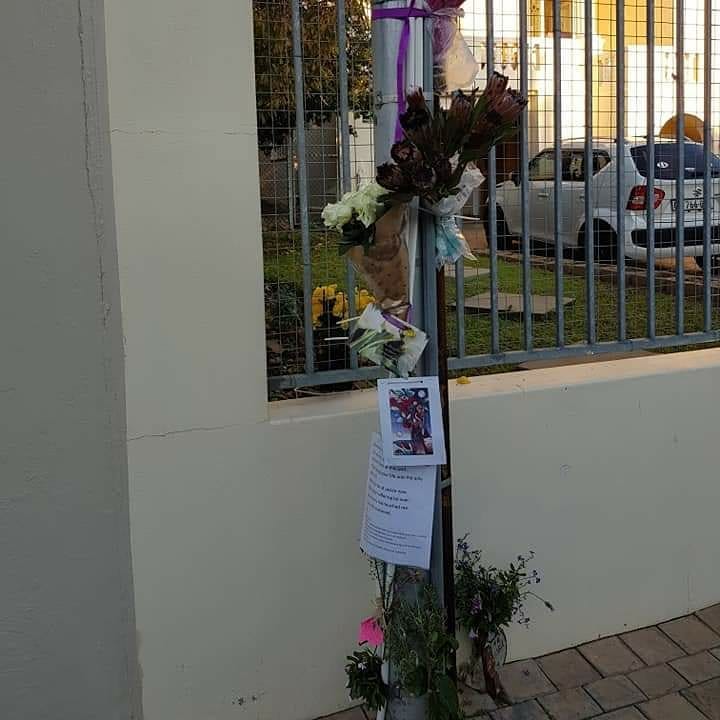 Flowers and messages were left at the place where Inkongolo died.
Image: Facebook/Lauren Hannah Gard

His death has put the plight of many foreigners during the lockdown into sharp focus.

Malawian Jonathan Tsoka, 34, lives in Capricorn near Muizenberg and has been working as a painter in Cape Town for three years.

He told TimesLIVE, “We only come to South Africa to work and send money home. We take what work we get. I am a skilled painter yet I will do any work that can give me something to send home. So now, with the pandemic, we ask ourselves why are we here when there is no work. But then you look and say, 'I also can't go home'. So that is how we come to be depressed. I will not take my life but I can see how someone can be pushed so far to find themselves like that.”

Even those foreigners gainfully employed in the formal economy like the hospitality industry have been pushed to the margins.

Seb Schneider, on behalf of the Independent Hospitality Forum, said the relief scheme implemented during the lockdown was one of the government's “most important interventions” and had been “highly praised”. Yet, it had proved a source of “false hope” for many.

A report from a forum of 250 hospitality business owners showed that “all foreign national applications” were being “categorically declined” by glitches in the online system, even though all UIF payments were up to date.

Though some payments had recently come through, many foreigners were left destitute as restaurant owners no longer had the cash flow to pay even a portion of salaries.

Still worse off are those who are not entitled to apply at all: refugee status holders and permanent residents have been eligible and have encountered glitches in the system, but asylum seekers have been shut out completely.

According to Sally Gandar, head of advocacy at The Scalabrini Centre in Cape Town, despite the grants’ intention being to assist people, it had excluded “those who are most desperate”.

The Consortium for Refugees and Migrants in South Africa said, “human lives are at stake and now is not the time for the South African government to practise and implement any form of exclusionary or discriminatory measures”.

He has clawed his index finger to a raw and bloody mess, contemplated suicide and broken down at the airport, but thanks to his fellow South Africans ...
News
1 year ago

Don’t rely on Google to diagnose Covid-19 - or just about anything else - if you’re feeling sick. A new study shows that online "symptom checkers" ...
News
1 year ago