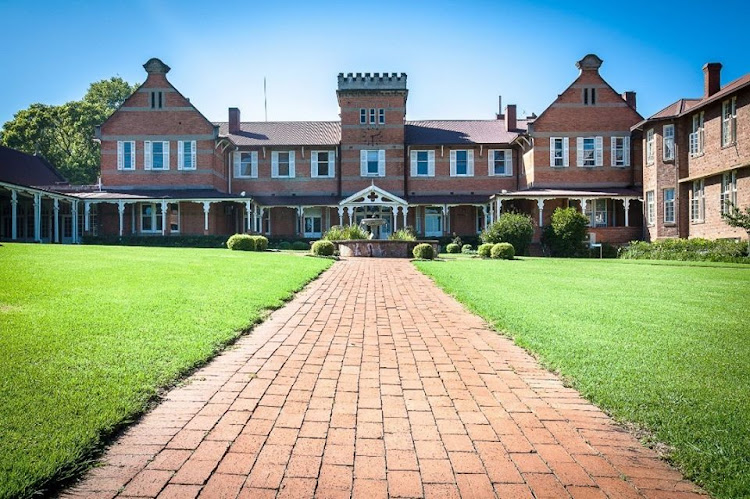 St Anne's school is one of several called out on social media for alleged racial practices and inadequate transformation programmes.
Image: Supplied, used with permission from St Anne's

More than 40 current and former pupils at the exclusive St Anne’s Diocesan College in the KwaZulu-Natal Midlands have laid bare their experiences ranging back from 2014, accusing teachers and fellow pupils of discriminatory conduct.

The girls and women have contributed 70 accounts of perceived institutionalised prejudice at the school. Their accounts are contained in a 6,000 word public document.

Ahead of a detailed response, the school's administrators have started consultations with pupil representatives and invited recommendations from the school community as well as the public on the criticism directed at it, and on the issue of transformation generally.

The complaints from current and ex-pupils range from the k- and n-words being used against black girls, their hair being referred to as “bird’s nests” and white pupils referring to black children at the school as “slaves”.

The alleged perpetrators have not been called to account over their discriminatory behaviour, the open letter states. It is titled “Wake Up, St Anne's”.

“She would speak about how much she missed apartheid and how black people have robbed her and her sons of various opportunities.

“I remember once after they announced heads of portfolios, [the principal] called us [a group of black girls] in to tell us we should think about how wrong it is that we cheer more for black people,” Ntshanga said.

The death of George Floyd and the ensuing Black Lives Matter protests around the world have reverberated in some of SA's elite schools, with black ...
News
1 year ago

The principal was accused of hypocrisy after he recently denounced the death of American George Floyd while, she alleged, he allowed racism to thrive in the school.

Floyd died recently at the hands of a white police officer in the US, sparking worldwide protests against racism and police brutality.

“Being taught by many racist teachers had an extremely negative impact on my learning experience. Even if students are there on financial aid, they should not have to be taught by teachers who berate their blackness and make them feel bad for it," said Grace Masitha.

“The school says girls should alert them to racism, but how are black girls meant to feel safe reporting incidents if they will still have to face the same staff members who made the comments?” Masitha said.

Principal Dave Arguile told TimesLIVE the school is in possession of the letter of complaints and is formulating a response.

The pupils claim they were treated unfairly, silenced and threatened by teachers in the school.

Bonolo Mokoka said one weekend, she was leaving the dining room with her friends at lunchtime while laughing and chatting when a staff member told them to stop.

“The teacher on duty shouted at us and said ‘this is not a taxi rank’ on one occasion, and ‘this is not a shebeen’ on another. She only used these terms because we were a group of black girls,” Mokoka said.

The KwaZulu-Natal education department has called for an independent investigation into allegations of racism at Durban Girls' College.
News
1 year ago

Mokoka said black pupils were burdened with the “emotional labour of constantly explaining the same concept to my peers who could never relate. Black students should never have to unravel trauma experienced to educate their white counterparts.”

“This was not in a novel or movie context. After asking her if she thought it was appropriate to refer to black people in this manner, she stated this is the way in which black people were 'defined',” she said.

Accounts from current pupils were kept anonymous to protect their identity.

“There is a girl in our grade who said last year that she wanted apartheid to come back because us black girls make her feel uncomfortable. This was addressed to the headmaster but all he did was speak to us as a grade and nothing more,” said a current pupil.

Another current pupil said when she arrived at the school, she was mocked for her “black” accent “to the point where I had to fake a white accent”.

“However, every now and then my accent will peep through in class when speaking or reading, leading to many white students laughing or mocking me. I have also been called a baboon by peers at times when I have been loud or excited.

“When I made it into the top class for maths, many people commented that it must be a mistake,” she said.

My entire career is a result of the racism experiences behind the gates of St Anne’s. I had witnessed and experienced it on a smaller scale at Redhill but racism truly took on its most elite form at this KZN boarding school. #wakeupstannes pic.twitter.com/5zjCCYEbGo

Arguile said he was in consultation with the school's legal team and would revert with an answer when he was able to do so.

In a statement, shared on the school's website, he stated: “Our St Anne’s transformation journey is not a new one. We have sincerely attempted to be open to criticism, to be courageous in bringing about change and to eradicate injustices of which we may previously have been unaware. Racism is ubiquitous and to suggest that members of our community are never guilty of racist behaviour, or that implicit bias does not impact on our actions or decision-making at St Anne’s, would be naive. Furthermore, the value of admirable policies is diminished every time an individual experiences a contradiction thereof.

“Mr Floyd’s death is proving to be an important catalyst in relation to what is being expressed by our pupils. In the midst of this tragedy, we have a golden opportunity to accelerate, possibly redirect, our St Anne’s transformation journey.

White teacher suspended after threatening to kneel on pupil's necks

A white teacher at a  Gauteng private school who allegedly threatened pupils with the same fate that befell American George Floyd has been placed on ...
News
1 year ago

“Prior to me being aware of any criticism from past or current pupils, I had expressed my personal view that we need to make use of this opportunity. That need has become more obvious each day since then. I therefore confirm St Anne’s intention to use this opportunity to sincerely examine what is needed to ensure that we are a school where all agree, and confirm via our actions, that 'Black Lives Matter'.

“A number of crucial meetings involving certain staff members and representatives of the grade 12s will be taking place in what remains of this term. There have already been initial meetings in this regard, and a particularly important one will take place this afternoon. If you, irrespective of your connection to St Anne’s, have a proposal you believe will add value to our transformation journey, please feel free to share it, in writing ...I obviously cannot guarantee that every proposal will be implemented but I do promise inputs will be respected and considered.

“I hope it will not be long before I am able to supply you with the details of agreed changes. In the meantime, I sincerely request that you pray for St Anne’s as an institution, and for its pupils and staff.”

A private school in Cape Town has apologised for an “insensitive” assignment given to grade 7 pupils to create a fictional advertisement for a “slave ...
News
1 year ago

'Pupils are scared, and so are staff': back to school during Covid-19

Shared anxiety and determination united pupils and teachers at Gauteng schools on Monday, the first day of class for grades 7 and 12 pupils.
News
1 year ago