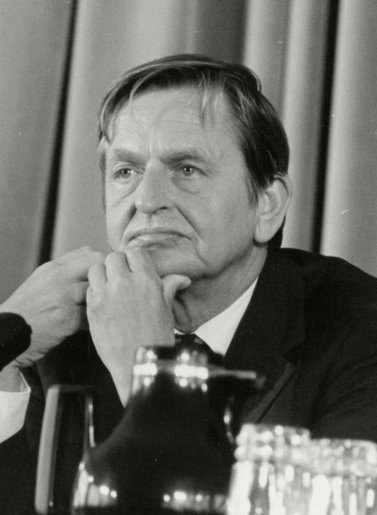 Swedish leader Olof Palme was assassinated on February 28 1986 in Stockholm - allegedly at the hands of apartheid hitmen.
Image: Ministry of the Presidency, Government of Spain via Wikipedia

Swedish prosecutors and police will on Wednesday lift the lid on their investigation into the unsolved assassination of that country’s former Prime Minister Olof Palme, whose killing is believed to be linked to apartheid-era hitmen.

The murder occurred 34 years ago, as Palme walked out of the Grand cinema in Stockholm with his wife Lisbeth on the night of February 28 1986.

The Social Democratic Party leader had been watching a movie with Lisbeth and their son Marten and his partner when he was shot in the back and neck. He bled to death on the pavement.

Lisbeth, who was the only one with him as they walked away from the cinema, escaped injury.

For decades, speculation has been rife about the apartheid government’s links to the murder of Palme, whose government was supportive of the ANC in its fight for democracy and who had been bringing about international pressure to shut down arms and oil supplies to the apartheid regime.

Krister Petersson, chief prosecutor of the Swedish Prosecuting Authority, and Hans Melander, the lead investigator into Palme’s murder, were scheduled to announce the findings of their investigation from 9.30am.

Is the 34-year-old mystery of the assassination of Swedish prime minister Olof Palme about to be solved?
News
1 year ago

On Monday, the UK’s Guardian newspaper reported that senior South African State Security Agency officials had met with Swedish authorities in March at the department of international relations and cooperation (Dirco) in Pretoria, where they received a dossier said to contain information on the killing.

According to the newspaper, which quoted an unnamed South African intelligence source, the meeting was requested by Swedish authorities.

President Cyril Ramaphosa has joined the international community in mourning the death of Lisbet Palme‚ 87‚ the widow of the former Swedish prime ...
Politics
2 years ago

When former ANC spy Bradley Steyn saw a woman being assaulted by a policeman at a march against police brutality in Los Angeles last Saturday, he had ...
News
1 year ago

The Supreme Court of Appeal (SCA) has dismissed a bid by former president Jacob Zuma to appeal against a court ruling that found he had defamed ...
News
1 year ago