Swedish PM's murder: 22,000 leads followed up but no strong links to SA 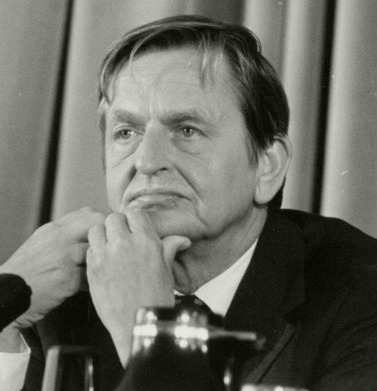 Swedish leader Olof Palme was assassinated on February 28 1986 in Stockholm, with some saying he was killed by apartheid hitmen.
Image: Ministry of the Presidency, Government of Spain via Wikipedia

A lack of information has made it difficult to rule on the apartheid government’s involvement in the murder of former Swedish prime minister Olof Palme.

The 1986 killing occurred as Palme walked out of the Grand cinema in Stockholm with his wife, Lisbeth.

The Social Democratic Party leader, who had been watching a movie with his wife, and their son Marten and his partner, bled to death after he was shot in the neck and back on a pavement outside the cinema on February 28.

His wife, who was the only one with him as they walked from the cinema, escaped injury.

For decades speculation has been rife about the apartheid government’s links to the murder of Palme, whose government was supportive of the ANC in its fight against the state and who had been bringing about international pressure to shut down arms and oil supplies to SA’s then authorities.

Hans Melander, the Swedish police lead investigator into Palme’s murder, said at a press briefing in Stockholm on Wednesday that the SA link had been interesting because of several specific motives.

“The problem is that you cannot get specific information. South Africa has been discussed extensively. A number of people gave our investigators interesting views but unfortunately there was not enough specific information to do something about this lead.”

Melander said that during the investigation more than 10,000 people had been questioned in regards to the shooting, with more than 22,000 leads followed up.

He said forensic difficulties had made it almost impossible to find the specific weapon which was used in the killing.

Swedish prosecutors and police will on Wednesday lift the lid on an investigation into the unsolved assassination of former Prime Minister Olof ...
News
1 year ago

Is the 34-year-old mystery of the assassination of Swedish prime minister Olof Palme about to be solved?
News
1 year ago

President Cyril Ramaphosa has joined the international community in mourning the death of Lisbet Palme‚ 87‚ the widow of the former Swedish prime ...
Politics
2 years ago