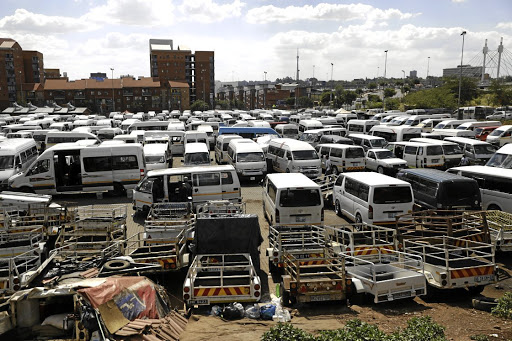 A nationwide taxi fare increase has been announced with effect from July 1 by the SA National Taxi Council (Santaco).

Speaking to TimesLIVE on Friday, Santaco spokesperson Thabisho Molelekwa said the organisation will not prescribe to taxi organisations in the various provinces except to direct that the increase should be reasonable.

“We are not getting involved in the percentages this time. We have directed provinces to be reasonable with their increases. Reasonable at this time means we should ensure our commuters are able to afford those prices,” he said.

Molelekwa said fares will differ in provinces, and this had nothing to do with the Covid-19 pandemic.

“It differs from province to province.  Usually they engage their commuters first and tell them what they have decided. Some increase the prices and commuters will then express their views.

"The fare increase has nothing to do with Covid-19. Every year at this time, the national leadership of Santaco convenes to discuss the fare increases,” he said.

He said the industry faces a situation in which many taxis will be repossessed without some form of financial relief. .

“If nothing is done, in the next six to eight months at least 45% of taxis will be repossessed. Then where will commuters get transport?"

On June 1, When TimesLIVE visited taxi ranks, many commuters complained about being late for work because of the lockdown regulation regarding maximum 70% capacity.

Molelekwa said commuters were not being fair.

“Our commuters are not being honest and fair . They make us appear to be inconsiderate when we stick to the current arrangement, but they are not outspoken about that being the cause of the problems with lateness and long queues."

“There is a view that we are being unreasonable and selfish, that we are putting profit ahead of human lives, but we have said to government and the minister that we need to find a practical way of looking into this 70%. The reality on the ground defies the 70%,” he said.

Transport minister Fikile Mbalula has signaled that government is finalising financial relief to assist the industry.

SowetanLIVE recently reported  that he had threatened to refer a decision by some Gauteng taxi operators to hike fares by more than 100% to the Competition Commission.

Minibus taxi fare increases were to be expected. This is according to spokesman for the South African National Taxi Council (Santaco), Thabisho ...
Motoring
1 year ago

Tough times lie ahead for commuters in Johannesburg after 76 taxi associations said they were also planning to hike their fares in an effort to ...
News
1 year ago

‘70% full and no compromise’: Fikile Mbalula at Bree taxi rank

Transport minister Fikile Mbalula says taxis should only be filled to 70% of their capacity and nothing more.
Politics
2 years ago