Durban hairstylists find ways to work while salons are closed 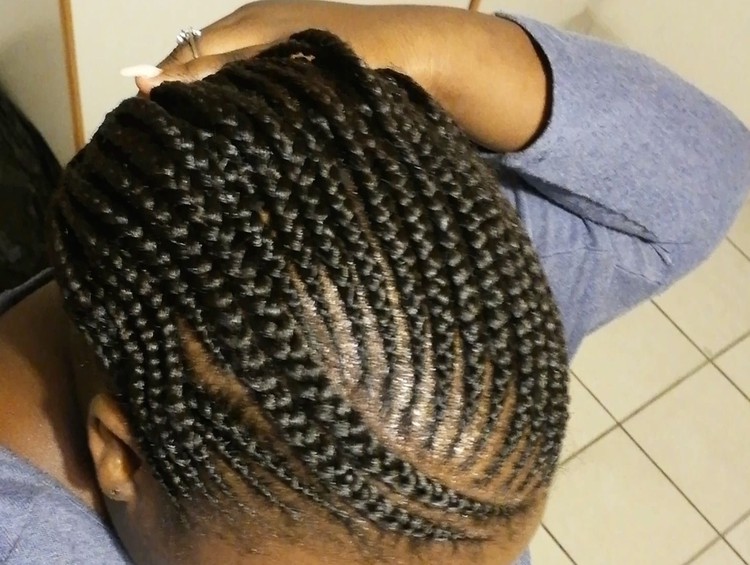 Salons may be closed for lockdown but hairstylists are finding ways to meet the needs of customers.
Image: GroundUp/Nokulunga Majola

One bad hair day is acceptable, but for some people two months of bad hair days are a disaster. Though salons are still closed, hairstylists have managed to find ways to meet the needs of customers fed up with their hair.

Juma* from Zimbabwe, who specialises in dreadlocks, has been working on the streets since the salon where he worked had to close.

He came to Durban in 2008 seeking asylum, and after struggling to find work, he decided to learn to do people’s hair. For the past four years, he has been working in a small salon in Durban, where he pays R1,500 a month for a mirror and a chair.

“Before lockdown, I was making enough money for all our expenses including food, groceries and rent. I sometimes had extra cash just for emergencies,” says Juma, who lives with his wife and daughter in the Durban city centre.

Minister says government 'ready' to open salons, but industry in the dark

The government is ready to reopen salons, spas and massage parlours. However, the hair and beauty industry says this is news to them.
News
1 year ago

“I cannot fold my hands while my family struggle. I have to work.”

Nokwa* from Ntuzuma township also had to move her operations to the streets. Now that lockdown conditions have eased, she says, she is getting more clients.

Gucci* from Zimbabwe, who also specialises in dreadlocks, says times are hard as he still owes half of his rent.

“Working from the streets is a risk but there is nothing that we can do, we have to survive.”

He says he tries his best to adhere to the rules like wearing masks and sanitising hands, but it is difficult to use gloves when working.

Khanyi Mbambo from KwaMashu says her stylist came to her house. “She wore a mask and I used sanitiser before she started plaiting my hair. Other family members also had their hair done. When my neighbour heard that someone was doing our hair, she didn’t want to be left out.”

Nompumelelo Mhlongo from Phoenix, who has dreadlocks, says she was walking past her usual salon when her stylist called her in. The salon shares the space with a clothing store and clothes on racks form a barrier to hide the salon at the back.

“I had my mask on and he had his. We sanitised our hands and where I was going to be seated before we began. I know it is wrong but I couldn’t take it any more. I missed my styled dreadlocks.”

The much awaited legal showdown between the DA and co-operative governance & traditional affairs minister Nkosazana Dlamini-Zuma over the closure of ...
News
1 year ago

It could get ugly: lockdown ban on hairdressers, beauticians in court today

The DA and co-operative governance & traditional affairs minister Nkosazana Dlamini-Zuma are set to butt heads in the high court in Cape Town on ...
News
1 year ago

The hair and beauty industry has given the director-general of the trade and industry department until noon to provide guidelines for salons, spas ...
News
1 year ago