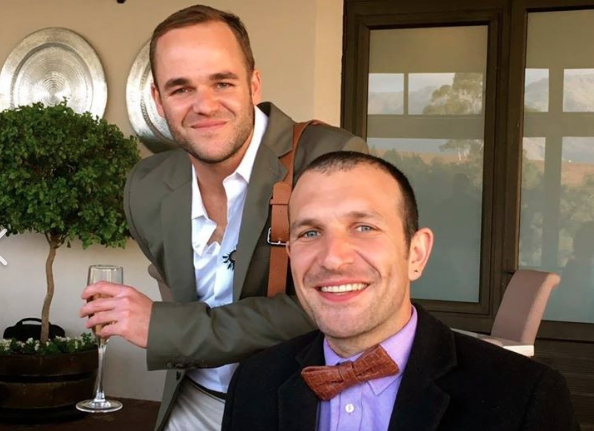 Saul Lipchik had less than a week to pack up his life in Cape Town. His house, his car, his clothes. Everything.

The reason for the mad rush? He was heading off to be with his husband, Oliver Whyte, in Berlin, Germany, after eight months apart.

Whyte left SA for Germany eight months ago for work opportunities. Lipchik was supposed to join him soon after, once his visa came through. Then a pandemic hit the world, prolonging their separation by months.

"There have definitely been some benefits to the long distance (a palpable renewed sense of self for both of us, and a deep appreciation for the unconditional connection we share). The 10 or so weeks of strict lockdown were, at times, for me at least, rather trying and more than just a little tense," Lipchik wrote in a Facebook post.

On May 31 he confirmed a seat on a repatriation flight, and seven days later he left Johannesburg to join the love of his life.

He had four days to pack up his life in Cape Town, and somehow find his way to Johannesburg.

"The journey that followed was surreal, tiring, exhilarating and at times nerve-wracking."

After roadblocks and layovers during his trip to Johannesburg, and escorts by police, Lipchik and Whyte were finally reunited in Germany. 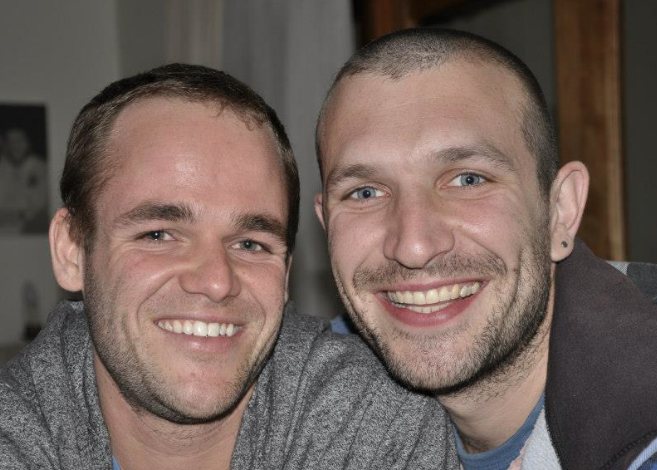 The couple are ready for their new adventures together.
Image: Facebook/Saul Lipchik

Lipchik said he gifted appliances, furniture and artwork to friends and donated goods to homeless people.

"In Cape Town, you don't have to look hard to find people eager to take your donations. There are a lot of homeless people."

He said he still has some loose ends, including selling his car, but for the moment, that doesn't really matter.

He also doesn't have a plan yet for what he'll be doing in Berlin.

"I am pretty open to whatever adventures and opportunities the universe throws my way," he said, adding that he is grateful to be with his husband again.

"The moment I got through passport control in Berlin, a wave of relief washed over me and I'm so grateful for how perfectly everything worked out.

"I'm feeling so blessed with be with Oliver again, and excited to start a new chapter in the adventure book of my life."

A video of South Africans on a cruise ship singing for joy as they finally make their way back home has gone viral.
News
2 years ago

A group of SA artists and musicians, among 93 South Africans who were stranded in Turkey for two months after the announcement of the national ...
News
2 years ago