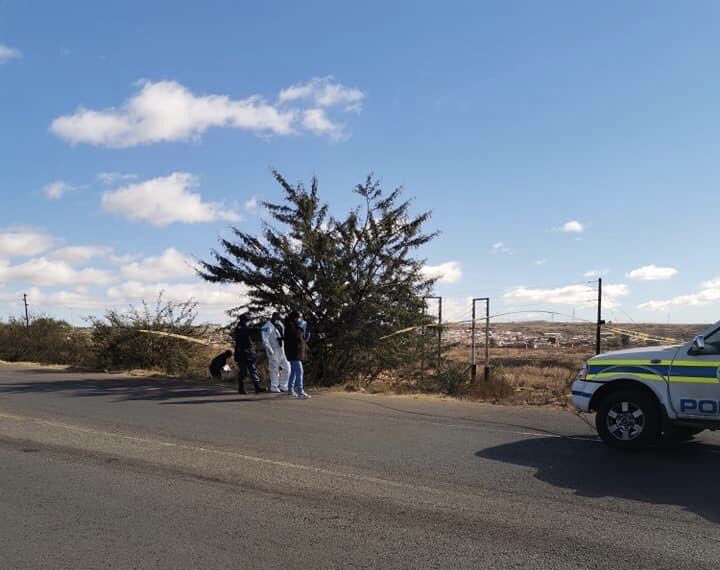 The lifeless body of a young woman was found dumped under a tree in Dobsonville extension 3.
Image: Supplied

A man is expected to appear in court on Monday morning after being arrested for allegedly killing a woman and dumping her body under a tree in the veld in Dobsonville extension 3 on Friday.

Police spokesperson Captain Kay Makhubele confirmed that the man was due to appear in the Roodepoort magistrate’s court.

Makhubele said preliminary investigations revealed that the woman was killed somewhere else and dumped where the body was found.

He said community members who were protesting in Dobsonville discovered the body on their way home and called the police.

He said the woman had stab wounds to her upper body.

Police are searching for suspects who killed a young woman and dumped her body under a tree in an open space in Dobsonville extension 3 on Friday ...
News
2 years ago